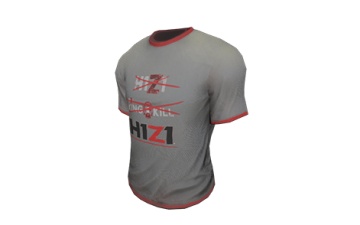 That's according to GamaSutra, who has spoken to a former employee from the team tasked with working on Z1 Battle Royale. Speaking under anonymity, this developer says that NantG Mobile was actually mostly former developers from Daybreak Game Company.

“This transition is particularly difficult as it almost entirely targeted the developers of H1Z1/Z1BR,” they said

“And while it was not a surprise to any of the team that the product was likely at the end of its profitability, assurances had been made that our jobs were in no way tied to the success or failure of the project.”

Z1 Battle Royale is now being developed back at its original home, Daybreak Game Company.

That's according to a post on Steam from NantG Mobile - who took over development duties for the title with a newly formed in September 2018 - in which the firm says it has tried to recapture the title's glory days. But now, Daybreak is back in charge of the game.

"Despite the team’s determination and commitment to revive Z1BR’s player base with our recent Season 3 launch update, we soon realised that the road is still paved with many challenges that preclude us from long-term success, including the confusion it caused by having both NantG Mobile and Daybreak managing the same game under two separate brands," a NantG rep wrote.

"Based on these events and the current state of the game, NantG Mobile will focus on its core mission of developing mobile games moving forward, and we have refocused our team toward this vision.

"We have also decided to hand back the Z1BR torch to Daybreak Games, so that both Z1BR and H1Z1 will be under one publishing umbrella once again. Daybreak Games has agreed to keep the servers up for players and continue live maintenance on the game."

NantG Mobile took over development on H1Z1 following parent company Nantworks investing in Daybreak Game Company in September 2018. Part of the reasoning behind this was making mobile versions of both H1Z1 and MMO Everquest.

The above statement does say that NantG will be focusing on mobile games, so it's possible that these portable editions are still in the works. But honestly, who knows when it comes to H1Z1, really.

The battle royale title started out as an add-on to Steam Early Access survival game H1Z1. In February 2016, these two modes were split off into their own releases - H1Z1: Just Survive and H1Z1: King of the Kill.

Then in August 2017, Just Survive ditched the H1Z1 branding, while King of the Kill was renamed to simply H1Z1 in October of that year.

H1Z1 launched out of Early Access in March 2018. Around this time we spoke to Daybreak GM Anthony Castoro about the firm's big plans for the battle royale title. One week later, the game moved to a free-to-play business model, which gives an indication how the 1.0 release went. Finally, the title was rebranded to Z1: Battle Royale in September 2018 as NantG Mobile took over.

Just Survive was axed in August 2018.