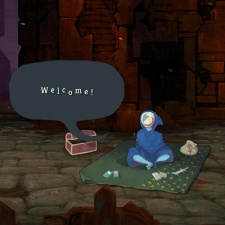 Roguelike collectable card game Slay the Spire has risen seven positions to No.2 in the Steam rankings this week.

It's unclear why the Early Access release, which launched in November, has seen a sudden resurgence in popularity in recent weeks. The game charted in ninth place last week. It's possible this is due to the weekly updates that developer Mega Crit Games is making to the project.

Human: Fall Flat from Curve Digital holds third place this week. At the start of January, the publisher revealed that the title had sold one million copies; SteamSpy estimates put sales at in the region of 1.7m copies. That means unit sales of about 200,000 copies in the last week.

Valve's own Counter-Strike: Global Offensive takes fourth place for another week, while They Are Billions drops three places to No.5. There's a lot of positive press around the strategy title so expect it to be in the Steam Top Ten for many weeks to come.

Divinity: Original Sin 2 falls one place to sixth, while No.8 goes to pre-orders for Dragon Ball FighterZ. That game launches on January 26th and has had a great deal of positive press.

Rounding off the charts is Subnautica from Unknown Worlds.

Below is the Steam Top Ten for the week ending January 21st:

Slay the Spire being made into board game