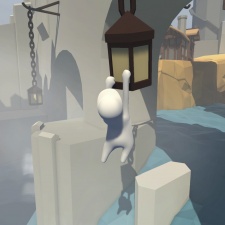 Human: Fall flat is a physics-based platformer. First released on Steam Early Access, the game was eventually brought to PlayStation 4, Xbox One and Switch. It's unclear how many of these sales are on PC, but in February of this year, that edition represented 1.7m copies sold out of a total of two million across all platforms.

An eight-player multiplayer patch at the end of last year opened up the title to wider audiences. This new milestone coincides with the game’s Korean and Japanese localisation update, which should bring a further crowd towards the physics adventure.

“I’m astounded that Human: Fall Flat has reached so many people already, and with the new Japanese and Korean language options, I’m thrilled that it will reach more,” said developer Tomas Sakalauskas.

“The idea that the game started out as a solo-development endeavour and now has millions of fans all over the world is truly astonishing.”

“We’ve been blown away by how Human: Fall Flat has been welcomed in Asia,” said Jason Perkins, Managing Director at publisher Curve Digital. “With the release of Korean and Japanese languages for the game, we hope Bob’s adventures will continue to be enjoyed by even more players around the world.”

We interviewed Sakalauskas earlier this year to talk about the success of Human: Fall Flat. At the time, he stated the title “shows that releasing a game is just a lottery - anyone can play but you can't plan on winning”