Sea of Thieves set to release in March 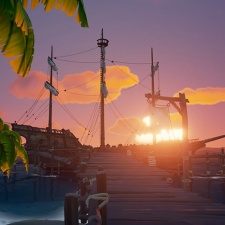 After years of gameplay demos and trailers, Rare's pirate-themed MMO Sea of Thieves is finally coming out.

Announced last night at The Game Awards, the project is set for a March 20th release date. The title will set gamers back $59.99 and is available across both Xbox One and Windows 10 PCs.

Those pre-ordering the game get access to a multiplayer beta as well as some in-game clothes. There's also a Sea of Thieves-themed Xbox One gamepad doing the rounds which is pretty 'colourful'.

"For aspiring pirates new to the adventure, Sea of Thieves is a new type of multiplayer game where players take to the high seas on epic voyages to unravel puzzling riddles, engage in ship-to-ship battles and discover the treasure of a lifetime," reads a post on Xbox Wire.

"Grab your crew and journey into a unique shared world where each pirate is a real player with their own intentions and goals.

"While March 20th, 2018 can’t come soon enough, we wouldn’t have gotten here without the loyal support of our awesome community. From the fantastic feedback received during the Technical Alpha to support during shows and conventions, Sea of Thieves is a testament to the incredible fans who have invested in this world with us. We look forward to your continued support as we sail toward release and beyond."

And here is the trailer from last night's show: