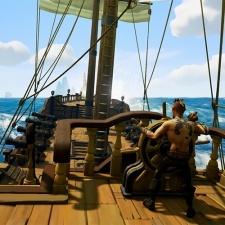 Rare's pirate romp Sea of Thieves has been played by more than 15m people since its launch.

The milestone was revealed in a blog post on Xbox Wire from executive producer Joe Neate, who said that June 2020 was the biggest month yet for the open-world title since it was released back in March 2018. Sea of Thieves saw more than 3.3m active players last month.

Furthermore, the title has shifted more than one million copies on Steam since its debut on that platform on June 2rd. Sea of Thieves shot straight to the top of the charts on that storefront on launch and held the No.1 spot for a second week.

Overall, Sea of Thieves has attracted five million players since the start of this year. Rare revealed that the game had been played by more 10m people in January.

"On behalf of all of us at Rare, I’d like to say a big thank you to everyone who’s ever played Sea of Thieves for helping to get us this far," Neate said.

"It’s a game that we love making, and there’s plenty more to come. See you on the seas."