Death Stranding, Sea of Thieves, Metro Exodus and Soul Calibur shown off at The Game Awards 2017 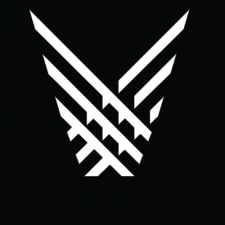 The Game Awards took place last night with the industry coming together to recognise some of the biggest and best projects from the last year or so.

As well as the honours handed out on the night, the event has become known just as much for the trailers rolled out by publishers and developers.

As always, the trailer everyone - uh - eagerly awaiting was that for Metal Gear creator's new project Death Stranding. The trailer didn't fail to disappoint with some, *ahem* bat shit mentalness during the nearly nine minutes of CGI. But at least Norman Reedus has clothes now - only took 18 months from the title's bare naked and trippy reveal at E3 2016.

We were also treated to more of a look at Deep Silver's Metro Exodus, the third title in the popular Russian horror survival game.

Speaking of horror, there is also a new World War Z game on the way. This appears to be based more on the 2012 film than the cult book where the name originates, but we remain curious how this will turn out. The title is coming to PC with no release date yet. Saber Interactive is handling development duties.

Meanwhile, Rare's pirate-themed MMO Sea of Thieves finally has a release date. The title is going to plundering booty and so on as of March 20th, 2018.

There's also a new game coming from Firewatch developer Campo Santo - In The Valley of the Gods has players exploring tombs in Egypt and is coming out in 2019.

Bandai Namco also surprised us last night with a trailer for a brand new Soul Calibur game. This is the sixth entry in the popular fighting game series, and appears to be a prequel (maybe, we are speculating pretty intensely on this one). The title is coming to PC in 2018.

EA had a brand new Originals game out (this being the publishing giant's indie label) in A Way Out. This prison drama is set for a March 23rd, 2018 release. Also, the developer Josef Fares was probably the highlight of the show, intensely defending EA saying that "All publishers f*ck up", which he is undoubtedly correct, then going on to drag The Oscars because... yeah.

There's also a new project in the works from Dark Souls makers FromSoftware - little is known about the project, dubbed Shadows Die Twice, but some are speculating that this is a follow-up to PlayStation 4 exclusive Bloodborne. No platform info was given, hence it appearing here just in case.

Epic's Battle Royale game Fortnite is getting a 50 v 50 mode, THQ Nordic has a brand new title called Fade Into Silence, which hits Steam Early Access on December 14th, while The Astronauts, best known for making Bulletstorm and Painkiller is releasing a new shooter called Witchfire.