Middle-earth: Shadow of War debuts in second place on Steam 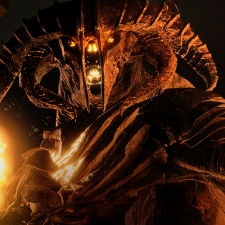 Warner Bros’ follow-up to 2014’s Middle-earth: Shadow of Mordor has taken the No.2 spot in the Steam Top Ten at launch.

The title has launched to a great deal of controversy, from its paid loot box system, to the inclusion of slavery in the game. It’s also surprising to see a Warner Bros game chart so high on PC, given that that publisher doesn’t have the best reputation on the platform.

The title's Denuvo anti-tampering protection has already been cracked, too.

Third place goes to Cuphead. The game has fallen one place week-on-week, but has sold over one million copies since its launch just over two weeks ago.

Fourth place is missing, likely due to an error in the RSS.

Fifth place goes to Divinity: Original Sin 2. That project has sold more than half a million copies since its launch.

Meanwhile, Bethesda’s follow-up to Shinji Mikami’s 2014 horror game The Evil Within charts at sixth place. Seventh position goes to Grim Dawn: Ashes of Malmouth from Crate Entertainment. This title is DLC for the 2016 indie RPG game.

Below is the Steam Top Ten for the week ending October 15th: