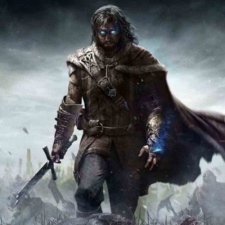 After many attempts, Warner Bros has successfully patented the Nemesis system from 2014's Middle-earth: Shadow of Mordor.

As spotted by IGN, the US Patent and Trademark Office published an issue notice on February 3rd saying that this IP protection goes into effect on February 23rd and will last until 2035 providing they pay to maintain the patent.

The patent, “Nemesis characters, nemesis forts, social vendettas and followers in computer games,” was filed back in March 2016 ahead of its first publication in September of that year.

The Nemesis system debuted in Middle-earth: Shadow of Mordor, which made it so that any enemy that did anything notable to the game's protagonist – usually killing or surviving an encounter with them – would be promoted and then they could be promoted. At the time, the system was viewed as innovative and gave the game's world a sense of life. The Nemesis system was iterated upon in 2017's sequel, Shadow of War.

Warner Bros securing a patent for this system has come under criticism, with many developers slamming the publisher for locking down such an interesting system. Some have pointed out that Shadow of Mordor itself borrows liberally from other video games IP, such as Ubisoft's Assassin's Creed.

It's not uncommon for publishers to try and patent game systems that they feel are innovative and worth protecting. Blizzard, for example, successfully patented Overwatch's Play of the Game system back in 2019.