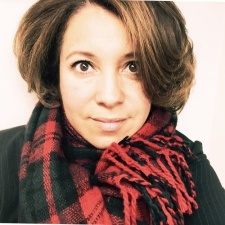 Previously she worked at sports brand Dunlop as its licensing manager for EMEA and the Americas and between October 2006 and March 2007 worked at Atari as a project coordinator.

The main focus of her appointment at Devolver seems to be making the most of the blockbuster Fall Guys brand. That title launched in August and according to research firm SuperData, it made more money than any PC release since 2016's Overwatch in its first month.

"I am delighted to join Devolver and Mediatonic to assist them in finding the right partners for what is starting to look like a phenomenon rarely seen before," Heyer said.

"I have been bowled over by the collaborative approach Mediatonic and Devolver have chosen to apply to this partnership and I’m excited to be putting Fall Guys on the licensing map."

Devolver co-founder Graeme Struthers added: "I am over the moon that Fée has joined us to help lead the charge on Fall Guys, not least because it means we now have somebody that actually knows what they're doing with regard to licensing."

For a long time, Devolver was run by a handful of staff that founded the label. In the last few years, the publisher has started to grow and add expertise where it was needed. At the start of 2020, the firm hired Robbie Patterson as its marketing manager.

At Gamescom 2019, we caught up with Struthers to discuss the company's first decade.

Last week, Devolver announced that it had bought Serious Sam developer Croteam, too.