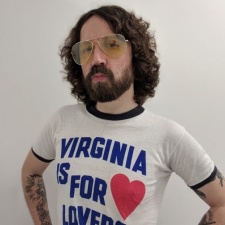 Paterson joins the publisher having worked at Indigo Pearl for seven years, first starting as an account manager in 2013 before being promoted to head of PR in April 2018.

During this time he has worked in a variety of clients, including Devolver Digital, CCP and Wargaming.

"After serving with the amazing team at Indigo Pearl for seven years, Devolver took advantage of the January transfer window in an effort to boost their squad," Paterson said.

This is the latest hire for Devolver as the indie label has expanded over recent years. Though historically run by its five founding partners, the publisher has grown its headcount recently to help support areas that are important to its growth.

"We're not in the business of just bloating out," producer Andrew Parsons told PCGamesInsider.biz in 2018.

"We've only ever added people in areas that we thought we could use help with. Recently we've added members of staff in China. It's an important region and there's doubt that it's an important region to work in. But also, we also believe that if you're going to do a job in a territory which requires local knowledge, you should have someone there. That's why - from an outsourcing point of view - we have PRs in every major territory. It's not just a language thing, it's a cultural thing, it's a business thing. The whole approach requires someone who knows what they're doing. That's our thing. We're pretty confident in most areas of our business, but with some things you need help and have experts in the area."