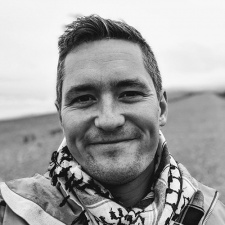 For much of its early life, indie publisher Devolver Digital was just five people. Well, six, if you count that fictional CFO of theirs.

But in the last few years, the label has expanded, adding in new expertise for its development partners.

"We're not in the business of just bloating out. We've only ever added people in areas that we thought we could use help with. Recently we've added members of staff in China. It's an important region and there's doubt that it's an important region to work in. But also, we also believe that if you're going to do a job in a territory which requires local knowledge, you should have someone there. That's why - from an outsourcing point of view - we have PRs in every major territory. It's not just a language thing, it's a cultural thing, it's a business thing. The whole approach requires someone who knows what they're doing. That's our thing. We're pretty confident in most areas of our business, but with some things you need help and have experts in the area."

As well as wanting to grow its expertise, Parsons says that the recent expansion is also to give all of its releases the same level of love.

"Every year we say we're going to say fewer games in order time to spend more time on the games that are already in and every year we seem to fail in that," he laughs.

"That's a wonderful position to be in. As a publisher, having content is a blessing and we're very lucky to have the games that we do. It does mean that each one of the titles needs the same amount of love. It doesn't matter if it's a relatively small mobile game or a big Early Access Unreal PC thing; they all need their attention. We always feel that if there's a point where any release is receiving less attention than the others than we have failed as a publisher. If that means growing to meet that need then that's what required."

Asked about the highlights of the last twelve months, Parsons says he is particularly proud of the reception that Deconstructeam's The Red Strings Club received earlier this year. Speaking to PCGamesInsider.biz in April, Devolver co-founder Mike Wilson said that the title had not done nearly as well as the developer or publisher had expected.

But Parsons says that the number of copies sold is often an irrelevant figure and that making a good game is key.

"When it comes down to it, the performance of a game - especially when we're talking about Steam - is not like the old days. You will find a lot of people wittering on how about a game sold so many copies on a certain platform, or how a certain platformer can't stop making money because of this and that. All of it is subservient to the quality of the game," he insists.

"One of the things we always ask the developer during the course of signing is what success means to them. Every studio has their own view. Some developers want to be famous. Others want to change the world of art. Some want to be massively rich. Not all games will tick all boxes for everyone. You have to ask yourself a serious question about what success means to you personally.

"For a lot of developers, their response is to do with the integrity of the work, generally. We don't interfere with the content of our developers' games and we trust our developers intrinsically to know what they're doing. It's hard to think of another art form or relationship where the primary support method doesn't have some nefarious skin in the game. For us, if you trust the artist and you trust that whatever they can do what they think is required to be successful, it doesn't matter what it is."

One trend that I would be absolutely hand on my heart convinced of and you can guarantee that in ten years this will be the same - very high-quality games, regardless of their scope or scale, will always sell

When Parsons says that Steam in 2018 is not the same Steam as back in the old days he isn't wrong. The sheer number of new releases coming to the platform has made it a more inhospitable place for games and developers.

But Parsons believes that high-quality games will always see some level of success, even if that isn't on Day One.

"One trend that I would be absolutely hand on my heart convinced of and you can guarantee that in ten years this will be the same - very high-quality games, regardless of their scope or scale, will always sell," he says.

"They'll come back in a Steam Sale, someone will add them to a curators list, you'll hear about them on Twitter, they'll be remastered, they'll come back on another platform. Whatever it is, quality games - ones made properly and with integrity - will have their time. It may be short, may be long, it might absolutely bang out of the gate get all their money back which is great. They may last few for years then reemerge in a sale.

"When it comes down to it, shit games to go where they should go which is to the bottom of the pile. Every game has some merit. It's not my job to say whether a game is bad or not, but titles made without the right level of integrity or quality have their places, and games made with those things do, too. That's not dependant on quality or budget. We've seen plenty of games which did not cost millions of dollars and still because of the very reason that they're made so well by people who are so dedicated, that's one of the things that defines whether a game succeeds or not, regardless of the platform it's put on.

"If we're talking about an adjustment period, pricing, discoverability, all that stuff, the best games will find a place. It may be immediate; it may not."

One way that smaller titles, like the ones that Devolver publishes, have been garnering attention post-launch is through extra content. The team over at Dodge Roll has been adding to roguelike shooter Enter the Gungeon has been adding new goodies such as characters and weapons into the game for some two years now. Similarly, Poland's Reikon - the outfit behind ultraviolent cyberpunk title Ruiner - has also been adding to the title for some time. In fact, it's a theme across much of the games that Devolver releases.

Though the extra attention is a benefit, Parsons says that much of the time it's simply because the studios run out of time to add content into the game ahead of launch so it comes out after the fact.

"It's down to the developers. Realistically, there'll come a time when you have to stop adding things and start fixing things," he says.

"For all our developers, they get to a point where they want to keep adding but they need to start finishing. All those things happen otherwise games would just go on forever. What normally happens is that there will be something the developer wants to include, trade out. Maybe it's a question of improving the quality of one thing and the other things suffer. I don't envy the lives of developers. There's always trading. All our developers would never want to have a large number of mediocre things in their games. They want to have a smaller number of incredible things in their games. With regards to post-release content, patching, updates, all that kind of stuff, it's really just a question of developers taking stock of what they have done or where they got to with release, and realising they have more to say.

"There's absolutely no doubt that it can help the game - it can bring it back into people's minds. They start talking about it again. Especially with games that have not been out for a while, there's a classic - especially with our games - nature to a lot of them."