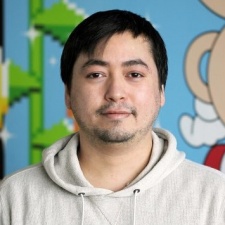 Since 2016, Sega has been on the hunt for new and interesting projects from external developers via its Searchlight incubation programme. Arguably, the biggest name to emerge from this scheme so far is Two Point Hospital, which launched in August 2018. Sega went on to snap up the studio in May 2019.

Head of content Bobby Wertheim says that the company wants to have a longer-term relationship with studios, even to the point of buying them.

"What we're ultimately looking for is a really credible team which has a really cool vision of what they want to achieve and can both articulate and show why they're the right team to deliver that game. For us, we're not looking for short-term one-off quick bucks," he says.

"We're really about genuinely creating long-term partnerships and making a long-running franchise together. When we say that, we also mean we're really upfront with the developers; we're looking, one day, to acquire that developer if the relationship is going well. We want developers who are credible, who have a really great game that they want to work on, that they have a long-term vision - that's really important to us - and that they're open to that culture and ethos that we have, as well as a longer-term relationship. We want them to be clear about why they want this relationship as well."

He continues: "If they just want money, that's not really a problem. Usually, people want more than that. Developers typically want marketing, QA, localisation - all the services that a publisher like Sega can bring to the table."

We treat external Searchlight partners as if they're wholly-owned studios. There's a significant amount of knowledge and experience at Sega Europe. If someone can help our partners, we'll definitely get them together.

Wertheim says that when a studio signs with Searchlight, they end up with the full weight of Sega behind them. In terms of the incubation side of things, the content boss explains that developers can take as little or as much as they want - and that includes help from Sega Europe's staff and studios.

"I've heard of companies that'll just throw money at the developers and not guiding or facilitating the project in any way, other than simply being a funding partner. The creators will finish the project and it's like: 'Yep, done' and there's no real relationship there. On the other end, you have publishers who see it as their game as they're putting in funding and will tell developers exactly what to do. Neither of those examples is true for Searchlight. We're in the middle," he explains.

"We will fully fund a project, we're looking for the long-term partnership but we want to make sure we're bringing value. The kind of things that we do specifically is almost like a pick and mix shop. Our partner can go: 'We want this, that and this'. Typically, with Searchlight, because it's incubation, they want everything, which is fine and means we're genuinely bringing value. But we treat external Searchlight partners as if they're wholly-owned studios. If they need help with ramping up their team, we'll put their vacancies on our website. If they're based in the UK and want tax credits advice, our finance team can totally help on that. Within Sega Europe, there are about 1,300 people working, including all the studios. There's a significant amount of knowledge and experience. If someone can help our partners, we'll definitely get them together."

He adds: "There have been examples where we've put partners in touch with our studios. It saves time and money. There is that. What we're clear on is we're not telling them what game we want them to have made. That's not we're doing. It's genuinely more bringing their vision to reality."

As mentioned before, Sega's acquisition of Two Point Studio in May started with a deal with Searchlight. The deal was signed in January 2017 ahead of an August 2018 release. As an example of what the Searchlight process looks like, we ask Wertheim to walk us through what the relationship between the developer and Sega was after agreeing to work together.

"What we did was shortly after signing the game we had the key people from the studio come to Sega and meet all the key departments within Sega Publishing so they could understand what we do. It was almost like an induction over a day or two where they were meeting key people and creating a rapport and relationship - a face to a name type thing. From then on, they could just continue to work with those people. In terms of development specifically - we did all the typical publishing stuff, like QA, marketing, localisation, sales and so on. There are decisions being made with a long-term relationship in mind. It's been a really healthy and great relationship. I feel that both parties brought what they said they would to the table."

Right now, the Searchlight team is small - around ten people. Wertheim says that Sega is in no rush to grow its headcount or take on too many projects for the sake of it.

"Our key thing is we leverage the rest of Sega. We don't need to be really big, to be honest," he says.

"The number of projects depends; I don't think we'd say we'd only sign a certain number of games. If there's a really great potential partner, we should probably work out a way to make it happen. What we're not going to do is sign ten games a year and see what sticks to the wall. That's not our approach. We're about finding the right partner with the right project, where we're the right partner for that project, too, and can add value. We can focus on it with dedicated people to ensure there's an environment for success."