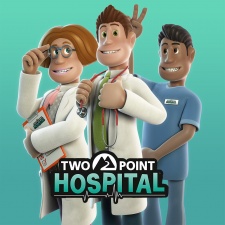 Management sim Two Point Hospital has attracted over five million people since its launch back in 2018.

That's according to GamesIndustry.biz, which spoke to the founders of developer Two Point Studio – including Gary Carr – who told the outlet that this was in part due to the title's popularity on Xbox's Game Pass subscription service.

"We're on the third sign up phase on Game Pass," Carr said.

"Our unique user monthly rate is so high, [Xbox] keep coming back and saying 'please stay on'.

"I think people get round to a game like Two Point Hospital. It's not necessarily a day one purchase. Players will get to it, but maybe after Assassin's Creed. We've had a really interesting three and a half years to get to that number."

We caught up with Two Point Studios back in 2018 just ahead of the release of Two Point Hospital.