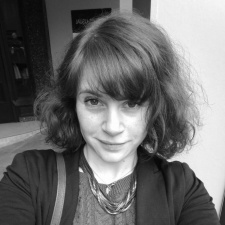 Selling indie games has become more complicated than ever.

As even choosing what store to sell from becomes increasingly difficult, finding the right publisher to navigate the market can be the difference between success and failure.

One such publisher is Good Shepherd, a new(ish) venture that emerged from Gambitious Entertainment in August 2017, who says that even figuring out what each of the myriad new storefronts has on offer is hard enough.

“Right now it’s a question of understanding what exactly the offers are from each of these stores,” says Good Shepherd producer Lélia Peuchamiel, speaking to PCGamesInsider.biz at the recent Ludicious event in Zurich, Switzerland.

"We need to understand what our devs are getting, and where we fit in.

“Things are really bubbling up, and nothing is really set right now. The first thing is making the right partnerships and understanding what is going on. The other aspect of that is now because you’ve got these different stores, what does that mean in terms of visibility for your games?

“You almost want to tailor your marketing strategies - that means maybe in some circumstances, Epic may do better than Discord. Which audience is going to which stores?”

Working out what store is becoming an important consideration for indie developers, and marks yet another reason why publishers are becoming more and more vital for smaller studios and creators.

"That means our role is going to change in terms of understanding what that means for different devs and finding the right platform to position them.

“The thing that’s changing the way that we work right now is you have more access for indies to create their games. What we’re adding as value is getting the marketing, shipping, compliance process, and getting visibility on their games."

The publishing landscape isn’t the thing that’s changed. Good Shepherd has been scaling up in the past year thanks to recent investment and high-profile partnerships with silver screen studios.

“We had a strong focus on smaller indie titles, and that’s why we called ourselves Good Shepherd," Peuchamiel says.

"Since then we’ve grown and made some strategic partnerships - recently with a big Chinese player and US firms. We’ve got preferential relationships with Hollywood studios.

“Our portfolio is turning into a mix of those smaller indie titles with what we call ‘triple-I’ games. We’re happy that we’ve managed to secure those funds because it lets us work on those bigger projects”

Those bigger projects are hopefully allowing Good Shepherd to take more risks with smaller games - ones that may attract critical praise and accolade, but fail to make much of an impact on the revenue stream. Games like last year’s Where The Water Tastes Like Wine (pictured, above).

“Where The Water Tastes Like Wine is an interesting one because we were so proud of that game," Peuchamiel explains.

"It had critical acclaim, it had an incredible team. Everyone is really proud of it, and I think it’s really important that games like this get published.

“Sometimes, we don’t sell because it doesn’t tick those boxes, that’s fine. But it’s important to have those titles that are critically acclaimed and give you that aura.

“Obviously, we can’t always do that. We’re not closing any doors, we are aware that we want games that can sell. We want something that allows us to take more and more risks. It’s a bit of both.”

The future of Good Shepherd looks to - like with many companies - lie in safer big-budget games propping up these kinds of award-winning risk-takers: ideally gaining profit in one hand and prestige in the other.

There’s also hope that, by taking aboard both established developers and industry newcomers, Good Shepherd can provide a network where knowledge can be shared between veterans and new talent.

The company is at a turning point. As it tries to strike a balance between nurturing risky, unique projects and putting out safer, bigger-budget hits, it’s hard to tell where Good Shepherd could eventually wind up.

Peuchamiel concludes: “It’s really exciting because we’ve got a strategy, but we don’t know which direction it’ll end up taking.”