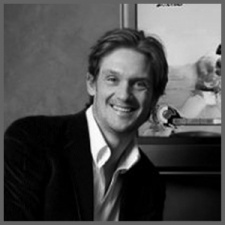 Speaking to GamesIndustry.biz, director of corporate development Paul Hanraets spoke of how recent investment is helping the publisher work with bigger-budget indie titles. He views this as an additive measure - with new, big projects running alongside the smaller-scale titles Good Shepherd currently works with.

"At the moment, we're funding titles from the corporation, the investment we make as Good Shepherd. Then we've got our group of individual investors - that hasn't changed," Hanraets said.

"Our sweet spot is $600k funding per title, but now we're moving up to above $1 million, and we've signed a title that's close to $3 million... So we're definitely moving up.”

Hanraets also believes the publisher’s growth will help it expand into work with movie IP projects. The publisher currently has access to several properties, with plans to pair them with experienced indie developers. The first of these is a project in development with Subsurface and Quarantine Circular developer Mike Bithell.

“First we have to prove that the [movie IP] model works with Mike Bithell," Hanraets explained, "but I'm so confident after seeing what he's doing with it."

Good Shepherd was formerly Gambitious, but rebranded ahead of Gamescom 2017 with a bevvy of big appointments. We caught up with the company shortly after to see how Good Shepherd was making games fun for both developers and investors.

This 'triple-A indie' sector [Ed - ...or mid-tier, indie-A, triple-I... pick your preferred buzzword] has started to see more traction, largely thanks to the massive success of Ninja Theory's Hellblade. That's not to say this level of development works for everyone - LawBreakers from Boss Key is a mid-level title that failed to take off with some pretty disastrous consequences.