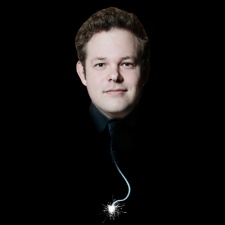 Of all the ways to end up working on an IP as cool as John Wick, being tricked into it has to be one of the best.

"It was a post-cinema conversation. We ended up chatting about action movies in general and he asked me what I would do with John Wick," Bithell remembers.

"I said you wouldn't want to do a standard shooter; that would be pretty dull and you wouldn't get to feel like John Wick because you'd just be running around circle strafing. There wouldn't be any 'higher' content to it. So I said I'd do some weird strategy hybrid action thing and he said I should make a prototype because Lionsgate was looking for someone to professionally solve that problem. It was a nice ease into that. Obviously, the team and I worked for a few months trying to work that out. He told us it was good enough to get us in the door but it wasn't where it needed to be so we kept playing throughout development. It's been interesting in that regard as it's been a very experimental project. We've changed things up quite a lot throughout development."

Though Bithell has worked on licensed games before, including an iCarly game for Wii and PlayStation 2 on the behalf of Nickelodeon during his time at Blitz, John Wick Hex is the first time that he's handled someone else's IP since going indie. The Thomas Was Alone developer says that there's a different kind of pressure to developing your own IP, but with this project, it's largely self-inflicted.

"You're aware that you're working on something that the audience already has a relationship with and a lot of very smart people have worked very hard to produce over many years," Bithell explains.

"The weight of that is an interesting thing and how that affects you. The fact that I'm a massive fan of the franchise and most people on the team are, too. That's a pressure you put on yourself. Then there's an external relationship you have with a bunch of different people. That's actually been a godsend - having everyone come in from the film side and work with us and help us figure this stuff out.

"That's been the coolest thing, to inherit a family. It's a really weird process where there's a group of people who have been making these films for so long that you tap in and get their help and support with it. It's actually been amazing. Normally with licensed games, you get sent a bunch of assets and a bunch of marketing materials and then you have to make a game based on those. Here it's been a lot more free-form a much more collaborative in that we're able to actually talk to the people who made this stuff and get their support and their thoughts and feedback. That's been amazing. You don't get that when you're making a game with an original IP. Obviously, you're the family, the team making it. it's been really interesting stepping into someone else's world and working with them to capture it."

There are definitely other people who are seeing what's possible with indies and what we can do. There are other companies who are noticing this approach and starting to talk about it. We'll see if it catches on. It'd be cool to see.

Though John Wick Hex isn't the first game based on a massive entertainment IP made by an indie developer, Bithell says that we'll likely see more film and TV companies trusting these smaller studios with the blockbuster properties instead of just the Activisions and Electronic Arts of this world. Though the head honcho says that much of Bithell Games being handed the keys to the John Wick franchise is down to Lionsgate's ethos as a company.

"What's really interesting is that Lionsgate really digs working with more independent, weirder people. If you look at most of the franchises that you know from Lionsgate like The Hunger Games, Twilight and John Wick - all of their big owned IP is: 'We gave this weird creative person a little bit of money to try something interesting, to try and explore something and those things just blow up and became massive franchises," he says.

"They've always had this... people say 'independent spirit' too much, but they definitely see John Wick in that kind of lense, so they also wanted to do something interesting with John Wick. From what I've heard, those were the marching orders for the publisher - go and find someone who is going to do something interesting with this rather than the easy, lazier option. It's part of their DNA. It's how they wanted to use the IP in the games space, which is cool and great for us as we get to do interesting stuff. It's changing. There are definitely other people who are seeing what's possible with indies and what we can do. There are other companies who are noticing this approach and starting to talk about it. We'll see if it catches on. It'd be cool to see."

Though development on John Wick Hex isn't over, we were curious what sort of balance Bithell wanted to nail between his team's own projects and those being made for other people in the future.

"Honestly, it's going to be about wanting to do different stuff," he says.

"We jump around a lot - if you look at the games we've shipped, we've barely stayed in one genre. The most we've done is two Circular games - Subsurface Circular and Quarantine Circular - in a row. The honest answer is I don't know. We're having those conversations and trying to figure out what we want to do. I think there's definitely more to be done in the licensed space. If we can find collaborations that are as awesome as the one we've had with Lionsgate on this project, that'd be really interesting. Likewise, the team and I have lots of ideas for other things we want to do."

In general, though, the aim is for John Wick Hex to be met with a positive reaction from its audience and for Bithell Games to keep the lights on and its staff's bellies full.

"We're always aiming to just make an impact and make a game," he says.

"We've been lucky that's happened for us a few times. For us, it's just always about making good stuff and making sure the team is comfortable and well-fed. That's ultimately what it comes down to. Hopefully, John Wick Hex will be well-perceived and well-received and that will let us make more games. On the indie side of things, it really is about looking after your people and making good stuff."

Before we go, we have to ask Bithell - what is the IP that he'd love to make a game of after John Wick.

"There are several," he says.

"I think I even tweeted about wanting to do a John Wick game many years ago. For me, Star Trek is interesting, definitely. That would fit quite well."