Activision pulls Transformers titles and Legend of Korra from Steam 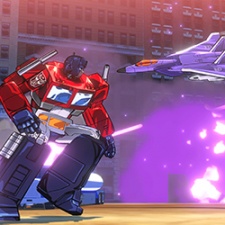 Activision is at it again, taking a number of its video games down without any prior warning.

The important thing to note here is that these are all licensed titles. Furthermore, this isn't the first time Activision has done this. Right at the start of 2017, the publisher axed Teenage Mutant Ninja Turtles games Mutants in Manhattan and Out of the Shadows, while The Amazing Spider-Man and its 2014 follow-up have also been pulled.

As if that wasn't enough, at the beginning of 2014, the firm ditched its Deadpool game for PlayStation 3, Xbox 360 and PC from all digital storefronts. This of course later resurfaced on Steam the following year and with console re-releases timed around the 2016 film.

Based on the above, it's possible that Activision simply doesn't want to pay a license fee for any longer than it has to, only renewing it when there's a profitable outcome, i.e. the Deadpool example.