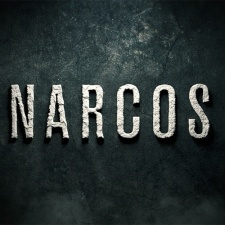 Curve Digital is going to be releasing a video game based on the hit true crime drama Narcos.

The London-based firm is handling publishing duties, with sibling company Kuju handling development. The deal has been agreed between Curve and Evolution USA, the licensing agency for Gaumont the license holder for the IP.

The title is set to launch in spring 2019, hitting PC, Nintendo Switch, PlayStation 4 and Xbox One.

The TV show is in production for its fourth season, with the first two detailing the rise and fall of Columbian drug lord Pablo Escobar, with season three handling the subsequent rise of the Cali Cartel.

“Narcos is a fantastic license for us to work with,” Curve MD Jason Perkins said.

“This critically acclaimed show from Gaumont lends itself perfectly to a video game execution and we’re excited and proud to be bringing this to market.”

Kuju studio chief Brynley Gibson added: “We’re looking forward to creating a game that matches the fantastic storyline and gritty action of the Netflix series. We’re tremendously excited and have some amazing gameplay elements in the works that will please both fans of the show and gamers.”

Tim Stephen, head of legal and business affairs at Gaumont, added: “Curve Digital is a world leading video game publisher and we trust them to develop and create our first Narcos console game title that will thrill our millions of Narcos fans, allowing them to engage with the storylines and characters they have come to know over the past three seasons."

Curve Digital has in the past discussed the plight of the licensed game, telling UK trade paper MCV back in 2016 when it was bought by Catalis Group that it would love to work on a James Bond project.

Speaking to PCGamesInsider.biz last year, the indie firm said that its ambition had increased "significantly" since the purchase.