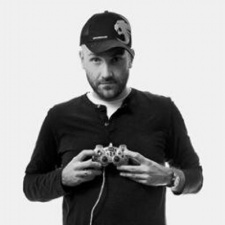 Dying Light has been a wild ride for developer Techland.

The Polish studio - then best known for Dead Island Call of Juarez - released its parkour-infused take on the zombie genre and were met with a reaction they themselves did not even anticipate. For the last three-plus years, the firm has been supporting Dying Light with new content - both paid and free - but now it is preparing to launch the next chapter in the zombie franchise.

Announced on-stage at Microsoft's press conference, Dying Light 2 is a very different game to its predecessor in many ways.

"It's a Game of Thrones-esque intrigue in a setting similar to The Walking Dead, where your choices allow you to not only shape the narrative but also the world around you," lead designer Tymon Smektala says.

"Oh, and it has free-flowing, ultra-immersive parkour, satisfyingly brutal and tactical melee combat and a day & night cycle which constantly changes and shifts the rules of gameplay."

Smektala tells PCGamesInsider.biz that the project is currently pre-alpha, which makes sense given its 2019 release date. The game has been in the works since the start of 2016, when Techland shipped the first big bit of extra content for Dying Light - The Following.

"We started working on Dying Light 2 right after completing The Following, with some ideas being researched even before that," he explains.

"So we knew how big of a success DL came to be when we begun that journey. The scope of the game was always supposed to be huge, especially that the narrative sandbox and the ability to influence the game and its story through player choices were the pillars of the game's vision from the very beginning."

Dying Light was a new IP, so at the time of launch we didn't know what to expect. So the knowledge that we have something that keeps players engaged - damn, we have people who spent more than 4,000 hours at the game - was a relief and a big confidence booster.

Though the original Dying Light didn't shy away from RPG mechanics, this new game doubles down on that aspect of the game, with a renewed focus on narrative, as well as the consequences of the user's choice.

"It feels like a natural progression for us," Smektala says.

"What is new in Dying Light 2 is the emphasis on the narrative and the player being able to "define their role" during breakthrough moments of the story. Chris Avellone's experience is invaluable in that regard - he's the guy that's responsible for some of the best RPG games, a designer always looking at player agency first. We’ve learned a lot from him."

Yes, you did read correctly. Chris Avellone - a designer who has had a hand in the narrative designs of Fallout New Vegas, the Pillars of Eternity games and Baldur's Gate is helping handle the story for Dying Light 2.

"We were looking for someone who could help us create a unique world for DL2, someone who knows how to handle non-linear narratives," Smektala explains.

"Thankfully we were able to get one of the best narrative designers in the industry. One GDC conversation led to another, we spent some time trying to get to know each other, and then Chris and our game director Adrian Ciszewski, had a heart to heart discussion about Avellone's possible involvement in the project. I think - I hope! - what ultimately got Chris on board was the scope and ambition of the sequel."

Thus far, Smektala says the reaction to the game has been positive. However, in the build-up to the trade show, he says he was somewhat nervous about Dying Light 2's reveal given how different this project is to the original.

[The reception has been] phenomenal," he says.

"We came to E3 humble, knowing that we have something ambitious, risky and new - and with things like that you never know what the reception will be. But the announcement, all of the media presentations, discussions with our community online were crazy for us - we were showered with praise and excitement, and it really gave us the confidence to continue in the direction that we had set sail in."

Having worked on Dying Light for more than three years, there's a lot that Techland and Smektala have taken away from the zombie parkour project.

"I think the key lesson was the confirmation that our unique gameplay mix of parkour and melee combat, paired with a game changing day & night system, was the right formula that got players really excited," he explains.

"After all, Dying Light was a new IP, so at the time of launch we didn't know what to expect. So the knowledge that we have something that keeps players engaged - damn, we have people who spent more than 4,000 hours at the game - was a relief and a big confidence booster. This let us aim even higher with the narrative sandbox for Dying Light 2."

Likely down to the success of Dying Light, but Smektala has some rather high hopes for its sequel.

"Business plans aside - thankfully as a game designer I don't have to deal with these - I hope that people will see Dying Light 2 as a game that brings something new to the table, a fresh and unique experience that's trying some things no other game has," he says.

"I have full confidence in our gameplay foundations, we already know what players like about Dying Light and we're doubling down on that. I’m also confident that we will be deliver on the narrative sandbox concept - an idea where the player gets to learn the rules of the world, and then they’re free to 'use & abuse' these rules to achieve the narrative outcome they want. There's much more to it than just choosing between different options in the dialogue."

Reply
mech mouse
You didn't ask whether it would join the original game on GoG!
I'm desperate to know I'll be able to buy this game free from Valve's control.
Posted 4 years, 1 month ago

Reply
Alex Calvin Editor at PCGamesInsider.biz
It's safe to assume it will be - imagine I'll be speaking to Techland at Gamescom so can confirm for you then.
Posted 4 years, 1 month ago

Reply
mech mouse
If you could I'd be very grateful.

I try not to assume to much, there's been a couple of companies that have supported GoG in the past but then went luke warm with later releases.

Trying not to get too excited just in case.
Posted 4 years, 1 month ago