How Techland learnt to run Dying Light as a service 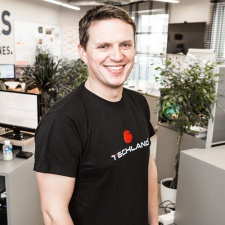 It's fair to say that when Dying Light launched back in 2015, the expectation was that the game would do well, but few could have predicted it being the smash hit it is today.

The project saw multiple delays as well as its PlayStation 3 and Xbox 360 SKUs being axed. But when it eventually rolled out onto digital and physical storefronts, it was met with positive reviews and today has 13m players.

In fact, it was so successful that the game has turned into something of a service for Polish developer Techland with millions of fans gathering around the zombie parkour project.

"Since we launched Dying Light, we've had an amazing community. It's massive," head of process and project management Maciej Laczny says.

Ahead of launch, Techland had some big expectations for the project, but its audience has only grown since its launch. To pull out just one metric, the game has seen higher sales in its third year than its second.

"We knew there was a group of players who enjoyed Dead Island and we knew that there was a big zombie community behind our games, so we were expecting it to be big," Laczny says.

"But what we found surprising is that our third year was better than the second. The community is growing and the sales of the game are now higher than we expected it to be. The game is not dropping. Simply put, we listen to what the community is asking for us on social media and we're trying to put it back in the game. We recently launched the game in Korea as a standalone - finally - and the sales were amazing. For us, it was nice surprise so we tried to stick to it. That's why we launched a live-ops team to really support the community. Now we are doing this as a spin-off from the community requests. It's amazing. That's how it should be. We never planned it to be like this - it's come out naturally."

Techland says that its releasing a great deal of new content has greatly helped sales.

"It's largely down to the new content," Laczny explains. "AThe most important lesson we took is that there shouldn't be a plan. That was the best thing; we've been very agile with this. The team that I started running as a games-as-a-service live-ops team is adjusting the behaviours and what we do based on the demands of the community. It's not like we've laid out this 12-month road-map and strictly follow that. We adjust. We do the first part, we listen, we adjust, we replan, readjust and so on. That's the learning we took. It's business but we want to have more game in this than business. lso, it's fun. People rediscover the game. We gave a lot of possibilities to recreate the game with us with all the modding and developer tools that we gave to players. Gamers create such amazing content themselves. It's amazing. These played those maps and enjoyed them as developers."

There are many examples of games-as-a-service in the current games market, some wildly successful while other have made significant mistakes. Techland's method of approaching this business model is somewhat different to the wisdom espoused by other developers who have taken this route.

"The most important lesson we took is that there shouldn't be a plan," Laczny says.

"That was the best thing; we've been very agile with this. The team that I started running as a games-as-a-service live-ops team is adjusting the behaviours and what we do based on the demands of the community. It's not like we've laid out this 12-month road-map and strictly follow that. We adjust. We do the first part, we listen, we adjust, we re-plan, readjust and so on. That's the learning we took. It's business but we want to have more game in this than business."

The Polish games firm has released a good amount of content since Dying Light's 2015 launch, with there being a mix of free and paid goods. This, Laczny says, is what the developer consisders a "fair" balance.

"We're fair with the players and we're trying to give as much away for free," he explains.

"But at the end of the day, someone has to pay the bills and we just want to have a good balance between it. We would never force anyone to get something paid - it's for the people who really want to spend money on it. it's not that you need to pay. That's why we decided to give a huge amount of DLC away for free. If there are players who want to pay, they're very welcome to. They also like the fact that the moment they pay, they're helping us grow the company and therefore get bigger and better content for free."

Speaking of new content, the latest big update coming to Dying Light is Bad Blood, a standalone mode that certainly resembles the battle royale games that have dominated the scene in the last twelve months.

"The battle royale genre has pushed into a new kind of gameplay and our community was asking for that," Laczny explains.

"So we decided to go back to the very basic PvP mode and that's what it is. We have six players in a session playing a very short, dynamic, completely unpredictable games fighting PvE using tactical combat, tactical parkour, basically everything that's best about Dying Light and adding into that a bit of PvP spice and then last-man-standing."

He continues: "We don't want it to be the same. Some of these games are purely PvP and the environment is just the background for everything. Here, it is about the environment as well. We have parkour and we have the city. For the time being, it's the same city but we're thinking of extending it. We use a very interesting blend of PvP versus PvE. That's where you find yourself. It's different to the other games."

Innovation is important, Laczny says, with Techland being determined to put their own mark on the last-man-standing genre.

"We don't want to follow any of the other games," he says.

As well as releasing the Bad Blood mode, Techland wants to grow its player base even further. Laczny himself fancies adding an extra two million users into its pool.

"At this point we have around 13m people; next year I'd like to reach 15m people playing the game," he concludes.

"I'd like to reach 500,000 playing on a weekly basis at all times and having a lot of fun. I'm having fun playing these games and I played a lot of sessions of various builds. I just want to have people having fun."