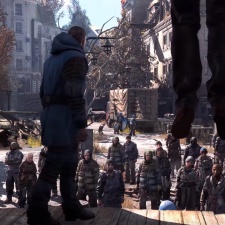 Techland’s zombie apocalypse sequel was announced during Microsoft’s conference, promising more of the same blend of skull-bashing parkour that defined the 2015 original. Avellone is contributing to the title, and talked an audience through one of dozens of scenarios where player choice affects the game world.

In the example given, Avellone describes a situation where dealing with a pair of scavengers can affect a region of the city. Disposing of the pair and allowing a faction of “Peacekeepers” to take control improves the district considerably, but leaves citizens under the boots of an oppressive regime. Making a deal with the two opens up a water black market, leaving the area prone to violent outbreaks.

Dying Light 2 currently has no announced release date, but will be available on PC, PS4 and Xbox One.

Here is a trailer for Dying Light 2:

VIDEO: There are three Gears of War games in the works