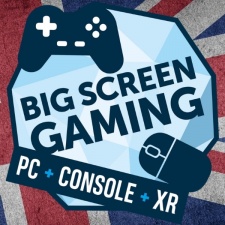 At some point late in 2019, the UK very likely became the sixth largest games market in the world, and the second biggest in Europe. As first reported on our partner site PocketGamer.biz, that’s according to Newzoo predictions, which also expect that video game industry revenues in the nation would have reached $5.1 billion by last year’s close; a 10% year-on-year lift.

PC gaming has – since the days when a ‘personal computer’ was a rather different device – been fundamentally important to the United Kingdom’s longstanding status as a major player on the global game industry stage. Its reputation for building creative and commercially triumphant games was forged in the home computing era of the late-1970s and early 1980s when the line that separated consumer and creator was somewhat blurred.

Currently, the UK plays home to a bounty of big names from the realm of triple-A gaming like Rockstar North, Traveller’s Tales, Codemasters, Sports Interactive, Rare, Ubisoft Reflections, Creative Assembly, Rebellion and Rocksteady, all of which have bolstered PC gaming’s global standing.

There’s equally a proactive and plentiful indie scene that has defined – and been defined by – the evolution of PC games. The UK equally excels when it comes to mid-sized studios like Bossa, and distinct publishing ‘labels’ such as Team17 and Curve.

At the last check games trade body Ukie and innovation foundation Nesta noted 2285 game companies in the UK, alongside 154 service companies and 107 universities catering to educate future game makers. 628 of those games companies work on PC content, or around a quarter of the total.

All of that is founded in part on a robust ecosystem of technology and service providers, who are again born from the UK’s long heritage as a place where games are made.

Returning attention to the consumers playing games in the UK, Newzoo predicts the number of UK residents playing games will only grow, pushing revenues to $5.5 billion by 2022. 85% of UK players, meanwhile, enjoy PC and console games, and they are a little more likely to spend than mobile players, presenting a 62% player/payer ratio.

Those paying PC and console players, however, spend most on digital and DLC, with less than half of that group showing interest in boxed product. They may also have to adjust to the increasing presence of free-to-play in the PC and console space.

The elephant in the room regarding the potential of the UK’s game industry and market, of course, is political uncertainty around Brexit. The recent general election may have made the outcome and timing of Brexit easier to predict, but the impact remains a cause for much thought and patience. Equally, in the years since the 2016 referendum business, investment and the economy in the UK have had to negotiate a period with very little certainty.

But how do the UK’s game makers and publishers feel about how 2019 went, and the opportunities and challenges 2020 has in store for the UK game industry, for PC and beyond?

Oscar Clark, Chief of Curiosity, Fundamentally Games
“PC seems to continue unaffected in spite of Epic and Steam throwing punches at each other, and console remains a closed ecosystem where we cannot effectively target users. Despite that, both ecosystems continue to deliver content which can surprise and delight.[…] All of this leaves me pretty positive, but I worry that console and PC are too slow to learn from economic levers, rapid design and targeted user acquisition from mobile; while mobile has still a lot to learn from PC/console about how to create sustaining emotional. Our biggest challenge for 2020 remains the same despite the clouds of Brexit hanging over us; it is to put players first and create experiences they care about that can scale."

No matter how much I dislike it, Brexit might not end up bad for UK-based games companies

Alex Darby, game designer, programmer, technology and design director
“Ironically, despite [Brexit, austerity and a widening wealth gap], the last decade has also seen the UK game industry grow year-on-year, given us Video Games Tax Credits, the UK Games Fund, government investment schemes which benefitted our industry - for example SEIS - and has the industry gain acceptance both as a medium and as an economic force; in my opinion largely down to BAFTA and UKIE respectively.

“Even more ironic is that, no matter how much I dislike it, Brexit might not end up 100% bad for UK-based game companies. The majority of business is already done in dollars or euro, and a weaker pound potentially means more profit per sale, and could even make working with UK game developers more attractive to non-UK publishers; granted, it's not so much a silver lining as a tin foil one. So I guess overall my take for 2020 is that I'm worried about the socio-political situation, but cautiously hopeful from a business point of view.”

Rob Hewson, CEO and Creative Director, Huey Games
“2019 has been a positive year for the UK game industry, despite the political uncertainty, but in a sense, it feels like a warmup for 2020. New platforms always bring new opportunities, and it has been encouraging to see UK companies embracing Apple Arcade, Stadia and Epic Store this year. While there will rightly be a lot of noise about PS5 and Xbox, Series X in 2020, the more interesting long-term story may turn out to be the ‘subscription disruption’ - the growth of services like Apple Arcade, Stadia, Xbox GamePass, PlayStation Now and, if rumours are to be believed, a new cloud platform from Amazon.”

Will quality of life in the UK be high enough to attract talent, and subsequently, investment?

Peter Willington, Creative Producer, Auroch Digital
“2020 is going to lay the groundwork for the health of the UK industry in a fundamental way. It can take a while for the industry at large to feel the effects of social, political, and economic shifts in policy at a state level, what with games deals often taking months to sign and projects regularly taking years to complete and bear fruit.

“How Brexit - either the remain, soft, or hard versions - is handled by policymakers is going to have long-term repercussions that we'll feel for many years to come. Will we be able to keep our talented European workforce? Has our education system generated enough talent to make up any shortfall? Will quality of life in the UK be high enough to attract talent, and subsequently, investment? Is there still going to be money for the various government-backed games funds and tax relief programs? What does the ‘UK’ games industry look like without Scotland?”

A more in-depth version of this feature is available on our partner site PocketGamer.biz, where you can also find data and expert insight covering the UK’s mobile game sector.

Thanks to everybody who contributed their thoughts to this piece. Remember, you can continue the discussion about the UK games industry and the direction of global games in 2020 and beyond, at Big Screen Gaming which is a dedicated part of Pocket Gamer Connects London 2020, taking place 20-21 January. Tickets are still available.

Will Freeman is the former editor of trade publication Develop, having also written for the likes of The Guardian and The Observer.