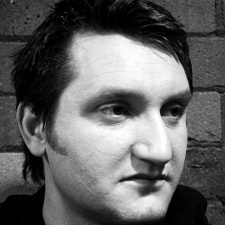 For years, Netflix and Spotify subscription services for video games have been on the horizon but now it seems that the business model is going to gain some traction in interactive entertainment. Players so far include Microsoft with its Project xCloud and Ubisoft's UPlay+ initiative. But what do these all-you-can-eat services mean for those making games? Dr Tomas Rawlings of Auroch Digital takes a look

There's been a lot of talk lately about the idea of a 'Netflix for Games' and what that might mean for the industry. As a small indie, it's a topic I've been following closely with great interest. It’s an area that’s seen a lot of activity in recent months on PC, console, and now mobile too. So here's my hot take on what to expect from the upcoming subscription battles...

This probably won't be like streaming in the music industry

I suspect some of the understandable worry of such services are that they’ll end up producing horror stories of developers getting tiny amounts of cash 'per play' - which, even with strong numbers of interactions, still amount to a tiny revenue slice. After all, we've seen this as a criticism of music streaming services. For example the musician Peter Frampton tweeted;

For 55 million streams of, ‘Baby I Love Your Way’, I got $1,700. I went to Washington with ASCAP last year to talk to law makers about this. Their jaws dropped and they asked me to repeat that for them.

This would indeed be both a worry and an unsustainable level of income for developers. However, here a few of the key things to remember:

These services are not coming with large 'free' audiences

This means having to fight on both fronts of revenue sharing and converting free players into paying players. Spotify has this issue. But to join Humble Monthly, Microsoft's Game Pass, or indeed Netflix, you need to commit to paying a price per month. This means there is revenue coming in to share.

The music industry has a complex set of licences

These licences - both historic and current - are fitted around paying for the different parts of the music, from composers to performers to copyright holders (naturally, there’s a debate about how fair all this is). As games are a newer medium, we're less encumbered by these historic legal issues, so deals are (generally) easier to strike.

Music isn’t quite the right model for this

Netflix is closer to having what I think is the right model. The barrier to entry for creatives in TV and film is higher than in music, and thus far all the offerings are much more curated than music, which benefits from being all-encompassing as an offering.

As a Netflix user I pay a lot of attention to what they release; both as a viewer and how it points to possible futures for gaming. It seems to me that they’re very clever about making sure that they’re constantly adding new content that is either fresh or familiar - and they need both.

Unlike a new film coming out at the cinema, the business strategy is different; a new film needs to hype me up to make a special trip to go out and see it. But if it's coming to Netflix then it's more that the business strategy is to ensure that I don't cancel my subscription. So by adding new seasons of House of Cards, along with fresh offering such as Russian Doll, Netflix ensure that I'm all good with the direct debit going out each month.

Not all subscriptions are equal (to devs or users)

Mike Rose of No More Robots wrote a great thread about this issue and it makes some important points.

Feel compelled to add that some platforms are currently doing subscription services right - we've got Descenders on Xbox Game Pass, and it has been a *crazy* good experience for us https://t.co/GMEfAj2fva

It is key to note that some services are paying developers for 'time played' whereas others are giving upfront payments for inclusion. I suspect there are a bunch of hybrid deals going on too. It's key that anyone wanting to wade into the debate takes time to understand the nuance here as there is a lot of difference between the offerings as it’s going to affect how they play out.

The above point about needing a mix of fresh and familiar, and how I suspect players will shift their habits, is going to create opportunities for indies. We are good - very good - at the fresh!

If a platform is super focused only on play-per-play session and not on the wider business strategy of keeping that player from cancelling, they'll get stung eventually. If all I pay my fees for is one or two games, my relationship with the platform is very, very brittle. If I can get the same elsewhere cheaper (from the dev directly, for example) or I just have had enough of them, I'm gonna get googling 'how to cancel subscription'...

It is going to be a lot about data

The subscription platforms are going to have access to huge amounts of data on their customers - what they like and don't like, for starters. It's critical that we as creators get behind using this data when engaging with them.

It’s not that I think data is going to guide it all - we’re always going to need original ideas as, to quote Henry Ford (somewhat dubious though if he really did say this!): “If I had asked people what they wanted, they would have said faster horses.”

But the data is valuable. Here's a great Netflix example of how it works;

“They capture dozens of different movie attributes. They even rate the moral status of characters. When these tags are combined with millions of users viewing habits, they become Netflix’s competitive advantage. The company’s main goal as a business is to gain and retain subscribers. And the genres that it displays to people are a key part of that strategy. ‘Members connect with these [genre] rows so well that we measure an increase in member retention by placing the most tailored rows higher on the page instead of lower,’ the company revealed in a 2012 blog post. The better Netflix shows that it knows you, the likelier you are to stick around.”

And here is the killer quote on the data:

“The data can’t tell them how to make a TV show, but it can tell them what they should be making.”

So the key point here is that if you're not thinking about data, you are going to struggle in the future of the subscription world.

The games will go where players travel

Ultimately, the 'all you can eat' business model has proven to work for lunches, drinks, films, music, and so it will for games. I don't think it will displace all the other models of getting games.

A musician's income has become both very interlinked and made fragile as it is shaped by subscriptions services. But as I mentioned, I see film/TV as a closer model to how our industry works. Just as Netflix didn't stop people going to the cinema or watching 'normal' telly, it has had a huge impact with winners and losers - and now with a whole bunch of competing subscription services.

Where there are audiences, there are opportunities for creators. For example, documentary was a hard format to pitch for film-makers, yet with Netflix and the success of films like Making of a Murder, its in the ascendancy. By contrast, the comedian’s Christmas DVD, a staple of income for comedians, has died. This is due in part to streaming services (but it was on the rocks anyhow, along with DVD sales in general), but Netflix has also been commissioning a whole bunch of stand-up specials.

Games, I suspect, will be the same - some creators will flourish and some will not. But there are opportunities here as there will be plenty of players looking to try new things and boot up an old favourite too.