Artifact could broaden DOTA appeal, but Valve should consider mobile to make it a smash hit, analysts say 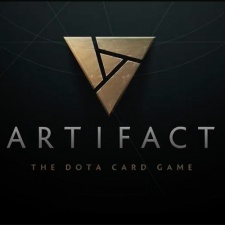 Valve’s newly-announced DOTA collectable card game (CCG) Artifact could be key to broadening the appeal of the hardcore MOBA.

Little is known about the game right now, with Valve just releasing a rather vague teaser trailer yesterday at The International 2017. We don't even know what platforms it is coming to – but given where the game was revealed, our money is on it coming to PC for sure.

Speaking to PCGamesInsider.biz, IHS Markit's director of games Piers Harding-Rolls says that Valve’s venture in the billion-dollar CCG market will be a boon to the competitive brand.

“I think this is a positive move. The CCG sector is highly competitive, but Valve enjoys an established base of DOTA 2 gamers that will be interested in this new title so I think its likelihood of finding initial success is high and that will provide a solid platform from which to work from,” he explained.

“Blizzard’s Hearthstone strategy springs to mind, but it is likely there will be additional synergies here between Artifact and DOTA 2. These include Artifact broadening the audience for the DOTA 2 franchise and acting as a gateway to the MOBA experience; adding another dimension to Valve’s eSports and video streamed properties and, perhaps most significantly, giving Valve a property, similar to Hearthstone, that is likely to work as well on mobile as it does PC.

"In fact Artifact could be Valve’s first major foray into the mobile games and eSports scene, which will extend Steam’s horizontal platform role more significantly to other device categories.”

“CCGs as a genre are still subject to a lot of speculation,” he says. “The cost to make them is still way lower than many other games, making it an attractive opportunity to many game companies. Valve has a strong affinity with competitive games so the DOTA IP is very strong and well suited for that genre. We now have CCGs in the Warcraft universe, the Elder Scrolls universe, the Witcher universe, the Fable universe,” he said.

“The gameplay that was hinted at seems to be going away from the Magic-like style that Hearthstone brought to success on the digital space, and more along the lines of Clash Royale? If so, that's an interesting approach, and it makes me wonder were the game successful, whether Valve would have their mobile title on their hands?”

However, SuperData research manager Carter Rogers believes that success is not assured, saying that Valve absolutely needs to consider mobile for Artifact to be a hit.

“Valve knows how to monetise a dedicated player base and put on esports tournaments, but Artifact faces an uphill battle,” he says.

“To be a top-tier CCG, Valve is going to have going to have to put this on mobile and sacrifice a cut of revenue to Apple and Google: CCG players expect cross-platform play and mobile generated 58 per cent of 2016's $1.3bn in digital CCG revenue.

"Also, for those who are not current Dota 2 players, the characters and lore may not stand out from other fantasy brands, especially Warcraft.”