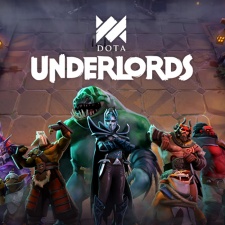 Within a day of launching, Valve's take on the burgeoning Auto Chess game type has been played by over 120,000 people at once on Steam.

According to SteamCharts, Dota Underlords has a concurrent player figure peak over 120,715 at the time of writing. There have already been comparisons between this title and fellow Dota spin-off Artifact, which launched in November 2018.

Of course, a comparison between Underlords and Artifact isn't fair in the slightest given that the former is a free-to-play title while the latter has a $19.99 price tag. That said, it didn't help that Artifact was beset with negative press in the build up to its launch, while Underlords is hitting digital shelves as the Auto Chess genre is rising from obscure game mod to the next big thing.

Dota Underlords has also been released on both iOS and Android, making it the first Valve game to come to mobile. We don't have any figures yet to see how well the Auto Chess title has done on these platforms, however.

Auto Chess started as a Steam Workshop title for Dota 2, launching in January 2019 from Chinese developer Drodo Studios. By the end of February, the project had attracted four million users, hitting seven million by the start of April.

A version of Auto Chess from Drodo is coming to mobile as well as the Epic Games Store via Chinese publisher Dragonest. Valve isn't the only company getting in on the action, either, with League of Legends maker Riot Games working on a game mode for that title called Teamfight Tactics.