How Digital Extremes grew Warframe's player base to 30m users 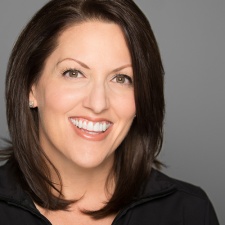 It’s something of a miracle that Warframe ever came out.

The free-to-play shooter, which launched in 2013, faced a trouble development cycle; the publishers developer Digital Extreme met with all declined to be involved with the concept which meant really bootstrapping at the studio. Redundancies had to be made and morale was low.

Now, four years after its launch, and things are much better. The game has become something of a quiet hit, and generally boasts one of the highest current player figures on Steam. At the time of writing, it is the fourth-highest in the world, coming in behind Playerunknown’s Battlegrounds, DOTA 2 and Counter-Strike: Global Offensive.

This might be in part due to the recent release of the Plains of Eidolon expansion pack; this caused a spike in concurrent users with the title breaking its previous record.

“[The launch is going] better than expected,” VP of publishing Meridith Braun says.

“We have more than 30 million registered users, we’re consistently staying in the Top Ten game of most popular games on Steam, and, the fact that we have nearly doubled our player numbers on PC/Steam, is still sinking in. It’s amazing and overwhelming, and we’re not going to rest on our laurels for one minute. We’re adding new content for Plains of Eidolon PC and polishing the PlayStation 4 and Xbox One versions. Like, I said before, 2017 has been quite a wild ride.”

Braun says that introducing content is a good way of getting lapsed player to return and see what’s going on; a strategy vindicated by Plains of Eidolon’s release.

“Releasing new content over time for Warframe is crucial - it’s absolutely our bread and butter,” she explains.

“When we bring in new content - new Warframes, quests, weapons, armor, new ways to play, totally new areas, like Plains – we keep players engaged and wanting to return just to see what is new. New content is our lifeblood. We're reshaping what Free-to-Play means by building a close connection with our players and serving them ambitious meaningful content regularly with the intent of continually improving the experience they have with Warframe.”

She continues: “The game was pretty sparse in content in March 2013. But we had an ambitious content plan to grow it over time. We have experimented and grown. Players are blown away by several things ranging from all of the new content we’ve added over time – whether it’s Parkour 2.0, Archwing, Baro Ki'teer, The Second Dream and The War Within cinematic quests, multiple star chart reworks, Damage 2.0, Melee 2.0, Arcanes, Conclave, Trials, any one of the 34 Warframes to play -- and now the Plains of Eidolon. Warframe has really grown in some amazing directions. We feel it’s succeeded because our team is brutally honest with themselves, we listen to our Community for feedback, and we work hard to always do better.”

One of the concerns with any free-to-play game is monetisation; at the end of the day, these projects need to be generating revenue and there can be a temptation for developers to make a game that encourages consumers to spend rather than a game that is fun. But Braun insists that Warframe has a monetisation model that doesn’t gate the rest of the game.

“Monetisation is built deeply into the DNA of the game design which is critical to achieving a fun gaming experience with this model,” she says.

“You can play through the entirety of Warframe and not spend a single penny. Or, if you don’t have the time to earn items, and if you think we are worth supporting, you can throw us a few bucks for our hard work. Either way, we have created a very fair model for a range of players that’s both balanced and generous.”

During the last four years, the team has learnt a great deal about the free-to-play model, something Braun distills into a few points.

“Listening to our community players and constantly engaging them with Warframe has been invaluable to our understanding of how to grow Warframe and how to grow as a company. In that light, we grew a good sized community team whose goal is to create a great, lively and fun environment.

“They relay to new and veteran players alike that Warframe isn’t just a game, it’s an experience, one where players aren’t just numbers, they’re citizens.

“Another big lesson is to not be afraid to experiment. And when you do, learn from the success or the failure of that experiment. Not everything we have created in Warframe is great the first time around. Having a persistent attitude to fix, iterate and improve – we went through nearly four different star charts before players really liked it – has been vital for our growth.”

38m people have signed up to play free-to-play Warframe