Just over a month after launch, Divinity: Original Sin 2 is closing in on 1m units 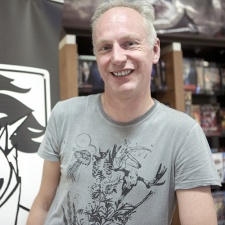 It’s been just over a month since Larian’s RPG title Divinity: Original Sin 2 finally released out of Early Access, and thus far things seem to be going pretty well for the project.

The title debuted in second place in the Steam Top Ten - which is effectively the new No.1 given Playerunknown’s Battlegrounds dominance of the top spot - and sold half a million units in its first few days on shelves. For context, it took its predecessor two or three months to hit this sales milestone.

Now four weeks after launch, the game is closing in on one million units. Not bad for a genre that was supposed to be rather niche until recently.

“We poured a lot into it so its very rewarding to see the acclaim from fans, critics, our friends and our community. We’re getting closer and closer to one million units in sales and that is a significant number.”

He continues: “Our expectations were, understandably, that DOS 2 would be better than the first, and to hopefully score better, which would, in turn, promote greater sales. But you never know in this industry. To be honest, when I saw what titles were going to release this year, I started to get very nervous.”

Prior to its final release, Divinity: Original Sin 2 had been in Early Access for about a year; prior to that, the game had been Kickstarted.

“We couldn’t have turned it into the game it is without the Early Access, and Kickstarter, community,” Vincke says.

“The promise of Divinity: Original Sin 2 is that players get the freedom to break it, but also the guarantee that even if they break it, they will still be able to continue to play. To get that right takes a lot of player feedback and iteration. Early Access provides a perfect platform for this. Gamers get access to a large community that can give them plenty of feedback as well as the financing you need to fund the iterations.”

As well as being a useful tool for getting player feedback, Vincke says that Early Access worked wonders as a means of exposure for Divinity: Original Sin 2.

“We gained a lot of word of mouth from it,” he explains.

“A lot of players were already familiar with what we were trying to do when the game released and that almost guaranteed that the right message about the game was being spread. People knew what Divinity: Original Sin 2 was (and what it wasn’t.”

This was important given the sheer number of games launching on any given day right now.

“Word of mouth is still one of the most important things,” Vincke explains.

“Divinity: Original Sin 2 is a CRPG on PC that launched successfully in a launch window that was marked by many high profile releases with vastly higher marketing budgets and represents a genre which many label as too complex for the average player. But people had fun with it and they talked about it. That got other people to give it a go.”

Given how open Divinity: Original Sin 2 is, Vincke believes that it appeals to a number of different audiences.

“There's a lot of content, and very special attention has been paid to freedom and narrative,” he says.

“We're talking over one million words, and over 100 hours of recorded voice. There's always a feeling that anything could happen, with so many consequences often impossible to predict, and many ways to solve problems, combat, and puzzles. In many ways it's a very accessible game, but it's also unapologetically inspired by pen and paper RPGs. It has the potential to appeal to a lot of different audiences because there are so many different layers and ways to play. Between the story, freedom, and no clear way to actually mess up – a party member dying is not a failure, killing your quest giver is not a failure – there are themes that resonate with anyone who has imagination. Paradoxically this freedom is also the game’s biggest enemy. Some players are used to having games clearly communicate what is expected of them and they typically need some time to adapt.”

In the coming year, Larian is going to be honing its art, as well as revisiting ideas that were put aside during the making of Original Sin 2.

“There’s still a lot we can do better and we killed a lot of darlings while making D:OS 2. Some of these deserve a second chance.”