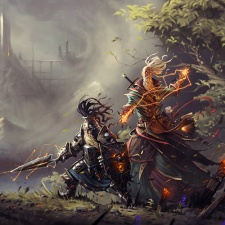 The follow-up to Larian’s smash hit Divinity: Original Sin has hit shelves and gone straight to the No.2 spot in the Steam charts.

The title comes in second place behind – you guessed it – Playerunknown’s Battlegrounds . Divinity charting at the No.2 spot should come as no surprise given that pre-orders for the game were the fourth most-purchased item on the store the week before.

SteamCharts data also shows that the game had a peak concurrent player count of 85,152. Much like its predecessor, the title was a Kickstarter project, which raised more than $2m when it took to the crowdfunding platform in 2015.

Last week’s second place, Nier Automata, has dropped five places to No.7, as did XCOM 2: War of the CHosen, which comes in at the No.8 spot.

Below is the Steam Top Ten for the week ending September 17th: