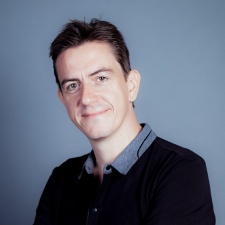 At this stage, it’s unsurprising to see developers trying to create the most ambitious games possible; but it’s a bit unusual to see an AI and robotics expert giving the MMO genre a crack.

But that’s precisely what Dual Universe is – an ambitious MMO made by Novaquark, the development studio founded by one Jean-Christophe Baillie.

For several years, the French genius has been experimenting with large-scale virtual worlds, with Dual Universe being the culmination of this work.

“This means that everybody shares the same universe, at the same time. There are many planets and places to explore. Dual Universe is also all about emergent gameplay. Players can build anything they want from ships and cities, to orbital stations and anything in between, everything is editable, including the planet themselves. Players will be able to create collective stories and gameplay based around exploration, mining, crafting, trade, politics, and warfare. The ‘continuous single-shard’ aspect is key here. It means that there are no abstract boundaries. No instancing, no zoning, no loading time. We want to offer a really immersive experience. In terms of gameplay, we believe that what we are trying to do with Dual Universe changes everything. Because in-game, everything you do matters. You are part of a collective story, it's not just about yourself.

"We think Dual Universe will see the rise and fall of several empires and the dawn of new virtual civilisations.”

A single shard universe in an MMO isn’t exactly unprecedented; Eve Online operates on this technology (apart from China, which has its own server). And though Baillie says there numerous challenges, there is pay off in terms of the worlds Novaquark can create.

“There are many challenges. Due to our single-shard approach, we cannot have regional servers, for example,” he explains.

“There are no instances in Dual Universe. That's the point. While playing, everybody is in the same world at the same time. Everything is persistent. There will be one central cluster to connect to. Displaying thousands of players and constructs with their own customisable LUA scripts is a challenge and that's very stimulating to work on.

“We believe this approach will bring something new to players. A new approach that changes everything. To my knowledge, there is no other project out there trying to deal with this level of scalability. We’ve heard of improbable.io, which seems to go in a similar direction, but they don’t have the kind of planetary, voxel-based fully editable world technology we have. That is a big difference in terms of gameplay.”

The single shard technology is based on is not the only impressive feat the game has managed, either. After a Kickstarter push that raked in $668,134, Novaquark has attracted a total of $7.4m following a recent funding round.

“This successful fundraising campaign is a very important step for Novaquark,” Baillie says.

“It's all possible thanks to the fantastic support of the community, and the Kickstarter has proved that there's a demand for Dual Universe. The potential is huge here and our current investors now trust us more than ever and are eager to continue their support for the project. We're hard at work to deliver what was promised to backers and confident that our vision of the renewal of the MMO genre will attract even more fans and partners along the way."

Being an upcoming science fiction with some huge ambitions and a massive scope, there are certainly comparisons to be drawn between Dual Universe and Hello Games’ No Man’s Sky. That latter game released last year and disappointed many people due to the scope of the marketing and expectations far exceeding the actual content of the game (at launch). Baillie says that he and his team have learnt from Hello’s experience.

“Both games have some common points and comparisons were inevitable,” he admits.

“We try to be very clear and to manage players' expectations every day on what Dual Universe will or will not feature. We're confident because our game was envisioned to be an MMO from the beginning. We didn't need to adapt on a production level to what we promised. Our Continuous Single Shard Cluster (CSSC) technology is there. It works. It needs constant fine-tuning following up our tests but it's here. Our proprietary voxel engine is also very robust. We can display many things on screen and everything is editable in real time and persistent. While leaving or entering a planet's atmosphere, you don't have any loading times. We released several videos on our YouTube channel to showcase that. It works as we've shown it and as people have seen and played it at PAX last year or during some community events we organised.”

Despite having a rather measured approach to marketing communication, Novaquark has some rather lofty goals for Dual Universe.

“We want to bring the ultimate sandbox MMO to the market,” Baille says.

“Something that features the best of EVE Online and Minecraft and offers something new to players. We give them the tools and plant a few seeds. Then, the community will make the game flourish. We already have more than 1,500 organisations -the equivalent of guilds- created in our community portal. More than 9,000 players backed us on Kickstarter and our own crowdfunding portal, and it continues.

“If everything goes well, in several years we hope to be the number one platform for user-generated online entertainment, a central place for you to meet your friends, and live adventures together. Basically, we're making the Matrix [from William Gibson’s Neuromancer] or the Oasis [Ernest Cline’s Ready Player One], if you prefer.

“That's the ambition for Dual Universe, and we're just at the beginning.”