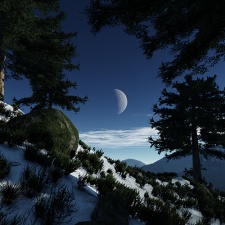 French indie developer Novaquark has announced it has raised $3.7m in funding for their upcoming MMO game Dual Universe.

This round of funding – which saw ‘significant participation’ from London’s Andurance Ventures – brings the total amount for $7.4m, including $668,134 raised via Kickstarter. The game is set for release at the end of 2017.

"With this new round of funding, we have reached a new level of support that will help the project reach its full potential”.

He continued: “Our ambition is to become the number one platform for user-generated entertainment, all happening in the same universe, to create an ecosystemic amplification mechanism similar to that of social networks. The emergent content acts as a collectively created story and universe, with the players directly involved in the content evolution. This content is potentially much more exciting and rewarding than traditional pre-made content, and it could have the potential to draw in millions of viewers via Twitch or similar online broadcasting services.”

More about Dual Universe in our interview with developer Novaquark next week.