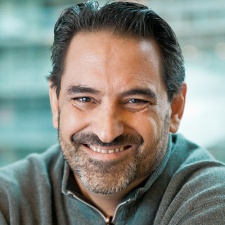 Dual Universe developer Novaquark is celebrating the opening of its new Montreal office with a notable new hire.

The French studio’s new Canadian location will initially house 50 members of staff, who will assist in the development of the spacefaring nation-building MMO.

D'Astous took a lengthy hiatus from games after Thief 2014’s troublesome development, and increasing tensions between himself and Square Enix management.

"Working with a visionary genius like [Novaquark founder Jean-Christophe Baillie] is a rare opportunity that I could not refuse," said D'Astous.

"The game on which we will be working, Dual Universe, is an immensely ambitious game that will change the way we experience and play video games. No other gaming studio in Montreal is working on this type of game, it's a great addition to our city."

D'Astous isn't the only high profile hire that Novaquark has made in the last twelve months. In March 2018, the French firm snapped up Eve Online designer Hrafnkell Oskarsson to on Dual Universe.

We caught up with Jean-Christophe Baillie in 2017 to discuss his wildly ambitious plans for Dual Universe as well as the comparisons his project received to 2016's No Man's Sky.