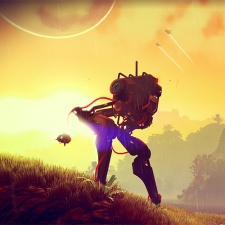 One of 2017’s biggest title Brendan Greene’s Playerunknown’s Battlegrounds may be holding the top spot – to no-one’s surprise – but one of last year’s biggest has come back into the Steam rankings.

No Man’s Sky returns to second place following the launch of the most recently Atlas Rises update. This is the latest update for the ambitious sci-fi game following a less-than-stellar launch, with more updates planned.

The game’s return to the Top Ten is a solid indication that people are at least curious to see what happens with No Man’s Sky moving forwards.

Prey also returns to the Top Ten, coming in at fourth place. This follows publisher Bethesda running a free trial for all versions of the game – a solid indication that demo or trials are something to consider.

Pre-orders for Total War: Warhammer II were the fifth most purchased item of the week, charting ahead of Hellblade: Senua’s Sacrifice. That title drops four places from second to sixth. Meanwhile, Football Manager 2017 returns to the Top Ten at No.9, likely off the back of the release date announcement for the 2018 version of the sim game.

And in tenth place is Lawbreakers from Cliff Bleszinski’s Boss Key. That title debuted last week at No.5, with seemingly unimpressive sales figures.

Below is the Steam Top Ten for the week end August 20th: