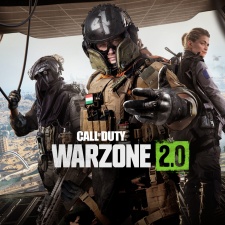 Over 25 million people played the new version of Call of Duty: Warzone in less than a week.

That's according to a post from the shooter franchise's official Twitter account, which thanked users for playing the game and helping it reach that figure in just five days. That's faster than its predecessor, which attracted 15 million players in its first four days and 30 million in its first ten.

The fact that Warzone is an established brand now will no doubt have helped it gain attention, though when the original version of the free-to-play battle royale title launched – back in March 2020 – we were on the verge of global lockdowns, which goes some way to explain its success.

No doubt Activision Blizzard will be keeping us posted as to the game's success in the coming weeks.

Warzone 2 was released on November 16th following the launch of Call of Duty: Modern Warfare 2. Within its first three days on the market, the shooter made $800 million in revenue, a new record for the series.

Modern Warfare 2 has been popular on Steam, making more money than Valve's Steam Deck hardware on release and only dropped to second place three weeks after its release.