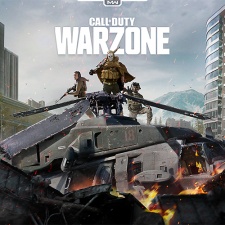 Free-to-play battle royale title Call of Duty: Warzone has been downloaded by 100 million people in just over 13 months.

The milestone was revealed in a post on the franchise's official Twitter account, with the news coming more than a year and a month in the wake of Warzone's initial March 10th launch. Within its first 24 hours, the game attracted six million players, before hitting 15 million in four days.

By the end of day ten, Warzone had brought in 30 million people, a figure that rose to 60 million in May of that year. At the end of 2020, the battle royale romp had more than 65 million players.

Warzone was no doubt a large factor in the Call of Duty franchise making $3 billion in net bookings for the 12 months ending December 2020, due to its free-to-play business model and the small matter of a global pandemic ravaging the world for much of last year.

Like all online games, Call of Duty: Warzone has had to contend with cheaters, with developer Raven Software revealing last week that 475,000 accounts had been banned from the title. That's 0.475 per cent of the total 100 million players.