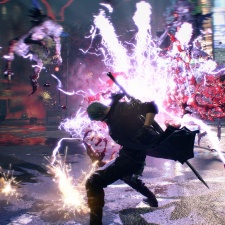 2019's Devil May Cry 5 has shifted over six million copies to date.

That makes it one of publisher Capcom's best-selling titles ever; at last count – as of June 30th 2022 – Devil May Cry 5 was the company's 11th highest-selling game ever, back when sales stood at 5.7 million. It wouldn't take much to overtake Street Fighter 2 and see the game hack and slash its way into the Top Ten.

As a franchise, Devil May Cry 5 has sold more than 26 million copies since its 2001 debut. In the last four years, the series has shifted over ten million units.

"Thank you to all the SSStylish fans out there for your support," Capcom wrote on Twitter.

#DevilMayCry 5 has sold more than 6 million copies worldwide! Thank you to all the SSStylish fans out there for your support! pic.twitter.com/ztGbsF0fh7