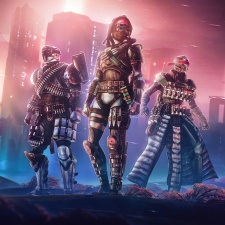 Pre-orders for the upcoming Lightfall expansion for Destiny 2 were the second highest-grossing item on Steam last week.

The DLC is set to be released in 2023 and was given a release date by developer and publisher Bungie last week. Lightfall was announced back in 2020 alongside The Witch Queen and was initially set to launch in 2022 but was bumped back. This comes as Destiny 2 makes its debut on the Epic Games Store.

First place goes - once again - to Valve's Steam Deck hardware, while Total War: Warhammer III from Creative Assembly and Sega returns to the Top Ten in the No.3 spot as the game's Champions of Chaos DLC debuts in sixth place.

Marvel's Spider-Man Remastered dropped from second to fourth week-on-week having become Sony's biggest PC launch in the UK to date. In fifth place, meanwhile, is Cult of the Lamb from Devolver Digital, which dropped from third.

Pre-orders for Frontier's F1 Manager 2022 charted in seventh place ahead of its August 30th release date, while the Game of the Year Edition of 2019's Sekiro: Shadows Die Twice returns to the Top Ten in eighth thanks to a 50 per cent price cut. Pre-orders for Warner Bros' Hogwarts Legacy were the ninth biggest seller last week following more information coming out about the game. The title is set to be released in February 2023.

Here is the Steam Top Ten for the week ending August 27th: