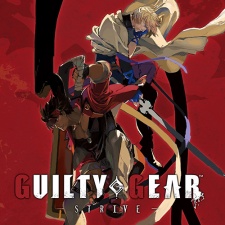 Fighting game Guilty Gear Strive has shipped over one million copies to date.

That's according to developer Arc System Works, which posted on Twitter saying that the brawler had hit this sales milestone globally. Strive launched back in June 2021.

In a post on its website, the studio wrote that this is actually the first time that a game in the Guilty Gear franchise has sold one million copies – particularly impressive given that the series has been going since 1998 and Strive is actually the seventh mainline installment and 25th entry over all.

What's more – this is the first time one of Arc System Works' titles has sold this much. When Strive was first released in June 2021, it went straight to the top of the Steam charts.

When developing Strive, the project's director Akira Katano said that the objective with this later entry in the Guilty Gear series was to have it appeal to a wider audience by making it easier to understand.

Arc System Works is incredibly proud to confirm that Guilty Gear -Strive- has surpassed 1 million units shipped worldwide!
Thank you all for your support!#GuiltyGearStrive pic.twitter.com/WUP0sYRRll