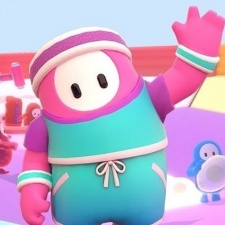 Chaotic party romp Fall Guys has brought in 20 million players since it shifted business model to be free-to-play.

That's according to a tweet from the game's official account, in which developer Mediatonic said that the title had attracted that many players within 48 hours of moving to free-to-play.

Massive thank you to all who have stumbled," the studio wrote. "We reached an incredible 20 million players in the first 48 hours of Free For All!"

Word that Fall Guys was going free-to-play emerged in May ahead of this eventual shift on June 21st.

"Since Fall Guys first hurtled into the world in August 2020, we’ve come together for six Seasons of stumbles, united in a ridiculous quest for the Crown," Mediatonic wrote at the time.

"Through jungle-dome japes by way of Medieval mayhem. From Custom Lobbies hype to that very first Squad win with your pals, we couldn’t have done any of this without the support, dedication and compassion of our incredible community.

"From June 21st, we’re welcoming more players than ever before to the Blunderdome to compete for the Crown - and we’ve been working hard behind-the-scenes to make sure that everyone enjoys the same great Fall Guys experience no matter where you play."

The game was initially released in August 2020 and quickly sold 10 million copies on Steam alone.

Since then, Mediatonic has been acquired by Epic Games.

Back in 2019, we caught up with Fall Guys' lead designer Joe Walsh to discover how the game was created.