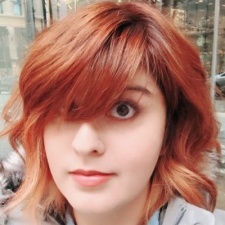 Tech giant Microsoft has said that it wants to publish video games via its Xbox Game Studios Publishing label.

In a video – as spotted by GI.biz – the division's boss, Kim Swift (pictured), said that the company is keen to work with game developers focused on cloud-based projects. Xbox Game Studios Publishing isn't just looking for any old title, however. The firm is after projects with "high levels of engagement, broad appeal and reach," as well as titles that have some focus on diversity and accessibility.

"We're here to provide the glue between our new cloud platform with xCloud and you as the developer, to get you what you need in order to succeed," Swift said.

We plan to provide xCloud integration support, assistance with their tech stack, cloudware APIs, be a liaison overall, to xCloud and other cloud teams in Microsoft. We plan to build cloud-natives schools, services, and pipelines. We also want to be able to lead co-dev opportunities both inside and outside of Xbox. And, as I said previously, as an organization, as publishing, we want to spot opportunities and be able to apply resources towards expediting things for our development partners because we want to help you fulfill your creative vision."