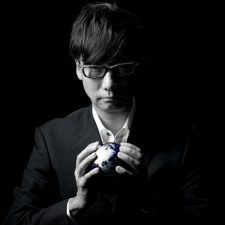 Hideo Kojima's next game might be published by Microsoft.

As reported by GamesBeat, the Xbox firm and Kojima Productions have apparently signed a letter of intent regarding a publishing agreement for a new project from the studio. In short, this means that the two firms have broadly agreed to work together, it's now just a matter of what the fine details of the contract will include.

News that Kojima might be working with Xbox initially emerged in April of this year.

There were reports in 2020 that Xbox was looking to buy a Japanese games studio, news that Microsoft's VP of gaming Phil Spencer refuted. It could well be that the Big M was looking to work with developers from the region in deals such as the one reported with Kojima.

This follows Hideo Kojima leaving Konami in 2015 to set up his own company – Kojima Productions – with the backing of Sony Interactive Entertainment. The venture's first game was 2019's Death Stranding, which launched as a PlayStation 4 exclusive but came to PC the following year.