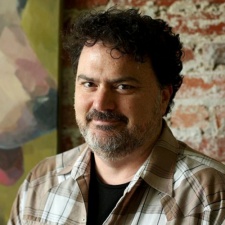 The boss of adventure game specialist Double Fine Tim Schafer has said that its Presents publishing arm might disappear following the studio's acquisition by Microsoft.

Speaking to Destructoid, Schafer said a company running a publishing business while its parent company also runs one doesn't really make much sense. However, the industry vet said that Double Fine will continue to support developers with its Day of the Devs initiative, which showcases studios and games at big trade fairs around the world.

"How Double Fine Presents will evolve is kind of an unknown," Schafer said.

"It doesn't make sense to do exactly the kind of publishing stuff if we can't do it-- like if the platforms are limited. From a business sense, I don't know if it structurally makes sense to have a publisher within [another publisher]. It's a complicated issue."

He continued: "We can also still do things like Day of the Devs which is another part of Double Fine Presents that helps elevate 70 or 80 games, and we let people come meet those developers and play those games, and it's free to the public. It's a great way to approach that same mission, and we can still do that without officially putting our name on it and taking a share of the revenue. We don't have to do that anymore."

Microsoft announced that it was buying Double Fine at E3 this year.