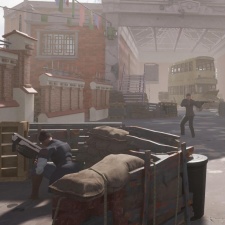 Most recently that meant hosting The Digital Big Indie Pitch (PC+Console Edition) #11 sponsored by our season sponsors Kwalee. An event we hosted in part due to the overwhelming talent coming from indie developers at this time.

This time around we saw even more exciting and interesting indie developers pitch their latest works to some of our most established judges and journalists, with 9 battling it out for the crown. As tough as the competition was, not only were the judges able to settle on a top three, but they even awarded an honourable mention. Nevertheless, the winner was Every Day We Fight, a real-time roguelite fantasy adventure in which players are actively involved in creating their own stories.

Of course, Every Day We Fight, as you already know, was the winner, but if you want to learn more about not only Every Day We Fight but also our runners-up and honourable mention from The Digital Big Indie Pitch (PC+Console Edition) #11, then simply read on.

1st Place - Every Day We Fight by Signal Space Lab

In this fantasy adventure, players will be given full control over their adventure. Not only will gameplay adapt to the player's choices and actions but on top of this how the adventure unfolds will be directly affected too as you battle to reclaim your homeland alongside an elite rebel force.

Of course, Every Day We Fight isn't just about putting you in control of crafting your very own adventure, but also looks to offer something never before seen to the gameplay too. As such, players can look forward to a unique mix of real-time and roguelite action that will challenge all skill levels.

2nd Place - Where You Folks Die Of Cold by Unarmed Visitors

Where You Folks Die of Cold is a narrative-driven murder mystery. One that is set within a series of utterly charming snow globes. As players move from snow globe to snow globe they will be tasked with solving a series of puzzles centred around not only a unique audio mechanic but also the 360-degree nature of the snow globe worlds.

Of course, as previously mentioned, alongside these puzzle mechanics, Where You Folks Die of Cold promises a captivating story. Through the story, players will discover a planet at the furthest reaches of existence known as Erebus. Erebus is a place where all that is forgotten continues to gather. They will also learn about the spirit of death known as Nori, who visits the planet in the hope of giving closure to everything that is trapped in this void.

An Everyday Story is fundamentally a game all about memories, and just how important they are. As you, the player, step into the shoes of the lead character, you'll be able to explore both fantastical and common memories as they come together to form a complete picture of this man's adventures and experiences.

Of course, as with anyone, these memories can be triggered through events, people, and event trinkets and souvenirs. As such, player's will be able to experience both the highs and the lows, from childhood, all the way until the end of the story, and through this potentially reflect on the wonderful experience that is their own life too.

Playhead is a puzzle-platformer set within a retro media player and wrapped in a nostalgic early noughties web cartoon aesthetic. Throughout the game, players will take control of a repair bot who is looking to fic all of the glitches within the system. What's more, the presentation will resemble retro online video sharing sites and will even utilise the comments section to present the game's narrative.