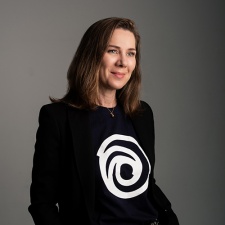 French publishing giant Ubisoft has said that its employees lost faith in the company due to how it handled HR complaints.

Speaking to Axios, chief people officer Anika Grant (pictured) admitted that its process hadn't been transparent enough, resulting in staff feeling that it wasn't doing anything. This comes in the wake of employees complaining that Ubisoft still wasn't handling complaints correctly.

“At the beginning of the crisis, we spent a lot of time making sure that we had the right process in place, that we were able to very quickly and efficiently run an investigation and get to some outcomes,” Grant said.

“What I think we missed, though, is the employee experience through that. I don't think we always communicated enough back to the people who had raised an issue in the first place about what we found as part of the investigations — the decisions that we made and the actions that we took. And so I think, unfortunately, people lost trust in that process.”

Ubisoft CEO Yves Guillemot has admitted that the company still needs to do more work to rebuild trust with its employees. The A Better Ubisoft workers organisation has said that the firm still needs to be more concrete about the changes it is making.