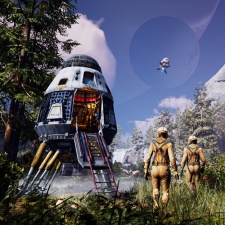 PvE survival title Icarus was released on December 3rd and shot straight to the No.1 spot on the platform in the midst of a wealth of hype. This comes almost eight years after the release of DayZ, which has sold more than four million copies to date.

Valve's Index VR headset was the second highest-seller of the week, while Farming Simulator 22 drops two places to No.3 week-on-week. Giants Software's title shifted more than 1.5 million units in its first seven days in the wild.

Both Cyberpunk 2077 from CD Projekt and Rockstar's Red Dead Redemption 2 fell one position to fourth and fifth respectively, while Battlefield 2042 dropped from second to No.6. The title has drawn a lot of criticism for its technical performance, with the VP and GM of developer DICE, Oskar Gabrielson, departing the studio last week.

Pre-orders for the deluxe edition of Destiny 2 expansion The Witch Queen and the Bungie 30th Anniversary Bundle returned to the Top Ten ahead of its February release in seventh, while pre-orders for Halo Infinite – the latest entry in the franchise created by Bungie and currently led by 343 Industries – were the eighth highest seller of the week. Fellow Xbox Game Studios title Forza Horizon 5 charted in fifth.

Here is the Steam Top Ten for the week ending December 4th:

CHARTS: Cyberpunk 2077 pre-orders once again were Steam No.1