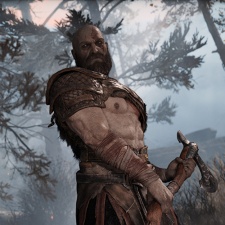 PlayStation's first-party line-up is making quite the splash over on Steam with four games in this week's Top Ten.

The publisher is currently running a sale on the platform, which has resulted in God of War returning to the Top Ten in sixth place ahead of the Complete Edition of Horizon Zero Dawn at No.8. Days Gone came in at ninth, while Marvel's Spider-Man Remastered – which was only released last month – drops down from fourth to tenth position.

At the top of the charts is none other than Valve's Steam Deck, once again, while Cyberpunk 2077 makes a return to the Top Ten likely due to the launch of the Edgerunners anime on Netflix. The dark sci-fi romp comes in ahead of pre-orders for Call of Duty Modern Warfare II, which is set to release on October 28th.

Here is the Steam Top Ten for the week ending September 17th: