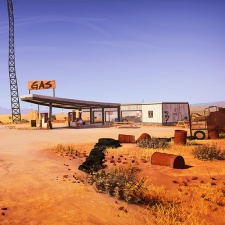 Speaking to Axios, developer Yoan Fanise said that ads for the game were rejected due restrictions placed on marketing related to political and social issues, as well as elections.

Road 96 has players trying to flee the fictional country of Petria; the advert in question featured phrases including "escape from a country in turmoil" and "reach the border."

In an email, Facebook said that Fanise's advert might have been rejected due to "images, statements or slogans about social issues, such as the economy, environmental policy, or civil and social rights." He was apparently told he could edit the ad and remove the offending content or seek authorisation to run political adverts.

"I thought about [the movie] Minority Report," Fanise said.

"This is a robot checking in advance what you're going to do and decide for you, no you're not going to do that."