Meta is laying off 11k staff 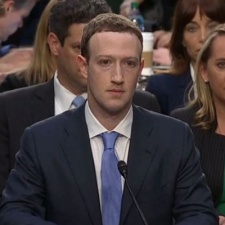 Facebook parent company Meta is laying off around 11,000 members of staff.

As reported by Variety, the firm is cutting 13 per cent of roles. These cuts were announced in an email that went out at 3am PST on November 9th; individual members of staff were told what was happening with their jobs over the next day.

In a video, CEO Mark Zuckerberg said that he thought that the boom that Meta had seen during 2020 and 2021 would continue forever. This was why he felt confident in investing in new fields like the so-called 'metaverse'. Since 2019, the company has ploughed in huge sums into its Reality Labs division – the area responsible for the metaverse – and has seen operating losses that total over $30 billion.

"Unfortunately, this did not play out the way I expected," the exec said.

"Not only has online commerce returned to prior trends, but the macroeconomic downturn, increased competition, and ads signal loss have caused our revenue to be much lower than I'd expected. I got this wrong, and I take responsibility for that."

Meta is apparently extending its hiring freeze, as well as slashing budgets and staff perks. One area that will not see cuts is the firm's metaverse plans, as well as investments in its AI discovery, ads and business platforms.