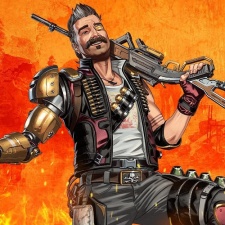 The milestone was revealed via the game's official Twitter account, with developer Respawn saying that it was "just getting started." This is the first time that the company has talked about how many players its Titanfall-inspired title has since October 2019, when it was revealed that Apex Legends boasted 70 million users.

The rise since then has likely been driven by the game coming to Steam at the end of 2020, as well as Nintendo Switch earlier this year. That's on top of Respawn's continued support for Apex Legends since launch with a wealth of new characters and modes coming to the game.

Since its launch on Steam in November 2020, Apex Legends has hit a peak concurrent player count of 228,439 people and at the time of writing boasts the fourth-highest simultaneous users of a game on Valve's platform, according to SteamCharts.

The title originally launched in February 2019 and had the biggest release month of any free-to-play game ever at the time.

In November 2020, publisher EA said that Apex Legends was on track to hit $1 billion in lifetime revenue within the financial year, a milestone that the title met by December 2020.