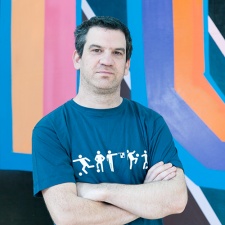 At the end of July, the studio director of Sports Interactive Miles Jacobson OBE revealed that - across all platforms - Football Manager 19 had shifted more than two million copies since launching the previous November.

This was the first time that an annual entry in the long-running franchise had managed this sales milestone. We caught up with the Jacobson himself to find out more about the runaway success of the most recent Football Manager

How would you assess the performance of the most recent Football Manager?

On PC, it’s been our highest Metacritic rated, highest consumer reviewed, most played, played for the longest amount of time, highest selling and we’ve also launched FM19 on Xbox Gamepass for PC – so it’s been a pretty successful release.

This is the first annual Football Manager title to break two million sales. Why do you think this happened with 2019's version?

Doing it this early has been down to releasing in Germany for the first time – but extrapolating the sales compared to other years excluding Germany, it still looks like we would have done it anyway.

Part of the reason was the new features and overarching quality, part was due to the re-brand, both for the game look and the marketing, and part was due to the increasing popularity of our games globally – our sales have been going up every year since we’ve been making Football Manager, apart from one upward glitch in a year where the game wasn’t cracked compared to the next title being cracked quickly.

What lessons have you taken away from Football Manager 2019?

The same lesson we have every year – if we keep delivering great quality games, people will continue to play them and introduce their friends to them. A lot of our sales come from word of mouth.

Absolutely nothing – we work to full capacity every year to deliver as much as we can. There are things I wasn’t happy with, but there’s never been a release where that hasn’t been the case, and from the creatives I talk to across multiple industries, all will say the same. With infinite time and budget, those things wouldn’t be problems – but then the game would never be released, as there are always things we’d want to work on.

Are you able to say what portion of that two million-plus figure is for PC?

PC went over a million units a few weeks before we went to two million across all platforms, and a sale on Steam helped push us over the two million mark. So you can work out the maths from that…

Some people on the team were already working on Football Manager 20 when Football Manager 19 was released, and others started working on it days after it was released. We didn’t know how much of a success it would be at that point, so it didn’t really affect the plans. It may well do with future releases though, as more revenue means bigger budgets. We’ve had a few new people join in the team in the last few months, and are still hiring more, so that will have an effect more on future years releases - if we’re lucky enough to get to make more games - rather than the next release.