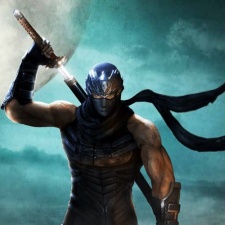 The Ninja Gaiden series has apparently shifted over 6.8 million copies to date.

That's according to developer Team Ninja's website for the upcoming Master Collection compilation, which touts this milestone. Curiously, this is lower than the 7.7 million figure that publisher Koei Tecmo announced back in 2008, but it's possible that Team Ninja is referring to the modern Ninja Gaiden series, while Koei Tecmo was referring to the franchise from its arcade debut back in 1988.

This news comes as the firm reveals Ninja Gaiden: The Master Collection, which brings together Ninja Gaiden: Sigma, Ninja Gaiden Sigma 2, and Ninja Gaiden 3: Razor's Edge. This is the first time that the beloved hack-and-slash titles have come to PC, launching on Steam on June 10th, but the critically-panned Yaiba: Ninja Gaiden Z did come to the platform back in 2014.

“Ninja Gaiden is one of the most important and monumental titles for the Team Ninja brand, but we haven’t been able to release the series title on current generation platforms, so I am very delighted to be able to release it in this format as a trilogy,” said one of Team Ninja's bosses, Yosuke Hayashi. “If you enjoy challenging action games, we hope you will give it a try.”

Another Team Ninja head, Fumihiko Yasuda, added: “Ninja Gaiden is the origin of Team Ninja’s action games, and I hope that not only fans of the series, but also fans of the Nioh series will play these games. I hope that the day will come soon when I can provide information about the next game in the Ninja Gaiden series, which I’ve been continuously saying that I want to develop, but until then, please play as the ‘super ninja’ Ryu Hayabusa in the Ninja Gaiden: Master Collection.”